Clerical error: Local 1549 taken over by AFSCME due to shaky finances 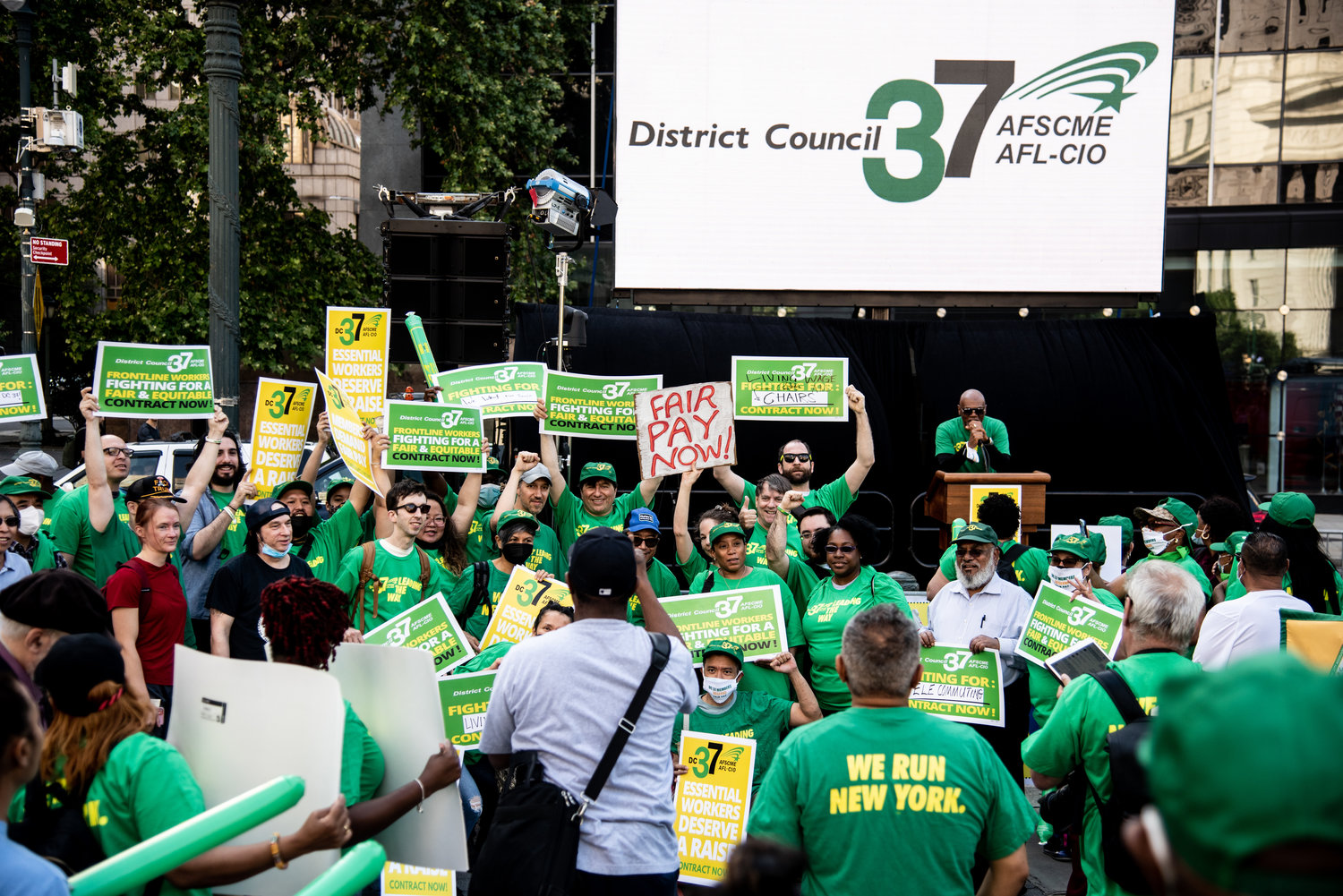 District Council 37 members rallied for a fair contract at Foley Square in June. One of the union's largest locals, Local 1549, which represents city clerical workers, was placed under administratorship by its national affiliate Sept. 19 over financial improprieties.
Rebecca White/The Chief
Posted Saturday, September 24, 2022 11:58 am
BY CRYSTAL LEWIS

The American Federation of State, County and Municipal Employees has placed District Council 37’s Local 1549 under administratorship and ousted its leadership, according to documents from the international union.

James Howell, a regional director for AFSCME, informed members that Clerical-Administrative Employees Local 1549 was being placed under adminstratorship in a Sept. 19 letter and that he would serve as the local’s administrator. Howell cited “serious deficiencies and numerous violations of AFSCME’s Financial Standards code” as the reason for the takeover.

In a separate letter written to officers and obtained by The Chief, AFSCME’s president, Lee Saunders, wrote, “In my opinion an emergency situation exists in Clerical Administrative Employees, New York, New York Local 1549, AFSCME, AFL-CIO, in that dissipation or loss of the funds or assets of the local is threatened and the local is acting in violation of the International Constitution.”

Citing relevant portions of the union’s constitution, he said he was “placing AFSCME Local 1549 under administratorship, pending notice and hearing, effective immediately.”

AFSCME field coordinators Jozette Dowdell and Benjamin Borges-Hernandez, and Barbara Terrelonge, the director of field operations at DC 37, are also serving as the local’s deputy administrators.

Henry Garrido, DC 37’s executive director, told news outlet The City that an audit of the local's finances was prompted by members’ complaints to AFSCME.

The audit, which spanned from January 2020 through April 2022, found that the local racked up nearly $257,000 in credit card expenses, with many of the charges lacking proper explanations.

“Local 1549’s practices here are very concerning, given [that] over a quarter of a million dollars was charged to the credit card, with seriously deficient support for many of the expenditures,” a draft version of the audit stated.

The probe also found that the local covered about $51,301 in car-service expenses, $45,500 spent on behalf of Rodriguez alone. The commuting expenses “should not be paid for or reimbursed by the Local unless it is reported as taxable wages,” which did not occur, the audit found.

The analysis also noted that the local’s second-vice-president, Ralph Palladino, who retired last December, was paid $170,470 total in comp time, unused vacation days and severance pay upon his departure. The auditors questioned the appropriateness of paying compensatory time for union officers, given that officers “are expected to work as many hours a day … as necessary to represent the interests of Local 1549’s members.”

The audit indicated that during the first four months of this year, the local had an operating deficit of about $339,300, which the audit called "particularly troublesome, given its size over a short period of time."

Furthermore, AFSCME found that the local’s financial reports were not presented at general membership meetings, as required under the union’s constitution, and that the local’s 2021 tax filing had “not been completed on a timely basis” since, as of May, it had not yet been submitted.

A history of financial scandal

This is not the first controversy at Local 1549: former president Al Diop was sentenced to jail time in 2001 for rigging a contract vote and for embezzling more than $1 million in members' dues money, which initially went unnoticed because the union had not been audited for four years.

Local 1549 represents about 12,000 clerical workers across the city, including secretaries, clerical aides and police telecommunication technicians. Eddie Rodriguez has served as the local’s president since 2001, and was previously head of DC 37 from 2011 until January 2019, when he was defeated by Local 372’s president, Shaun Francois.

In his letter, Saunders informed Rodriguez, former vice-president Alma Roper, secretary-treasurer Felix Cooper and the nine other officers that they were “immediately suspended from office and directed to turn over … all books, records, funds and other property of the local that are in your possession, custody or control.”

Rodriguez declined to comment, but did note during a brief phone conversation that he and the other officers “did nothing wrong.”

Veteran labor lawyer Arthur Schwartz, who worked to reform corruption at DC 37 in the late 1990s, believed the takeover may have been politically motivated given that Garrido endorsed Francois over Rodriguez in the 2019 election for DC 37's president.

Garrido denied that claim, stating that he did not endorse anyone in the election. He told The City that the union has “a zero tolerance policy for any kind of misbehavior or anything like that,” and that the scandal “is not going to be a distraction or anything for what we need to do to get and deliver for our members in the best way possible.”

AFSCME communications director Tracey Conaty declined to answer additional questions, including as to when the complaints were first submitted to the international union. She stated that there will not be further comment until AFSCME holds an internal judicial panel hearing on the matter next month. 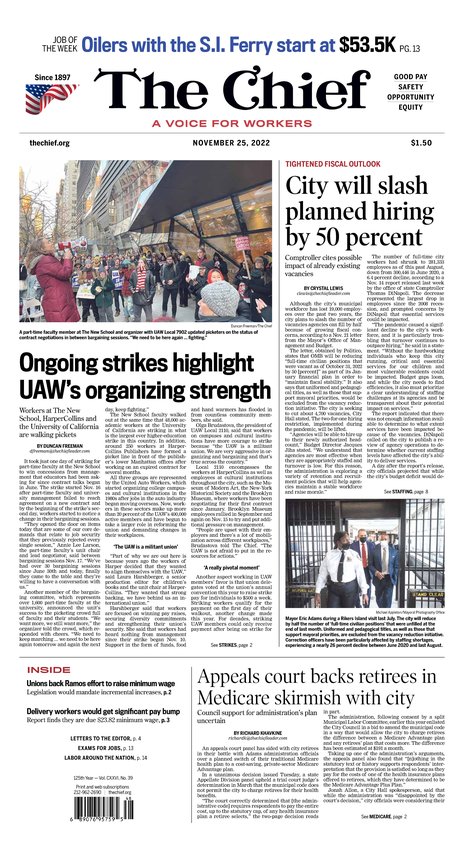