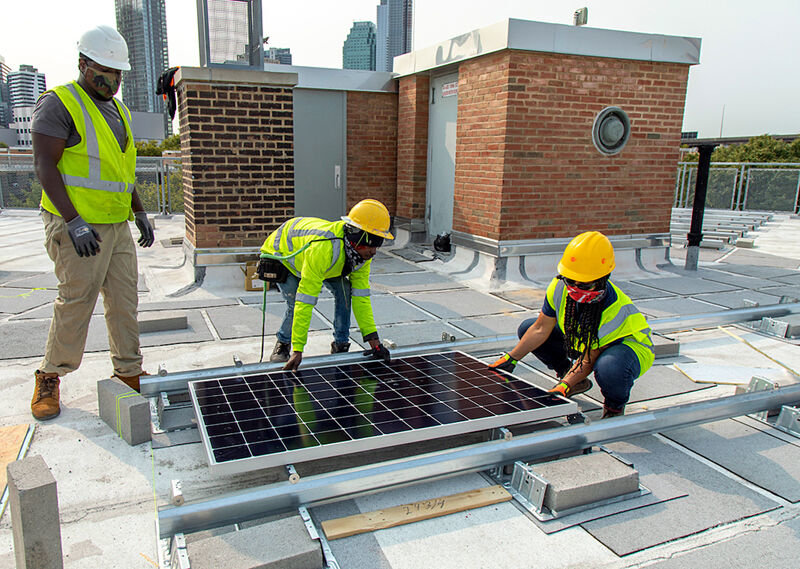 A 'GREEN' FUTURE: District Council 37, which is rolling out a training program to prepare its members for green jobs, called on the city to establish and invest in projects such as the development of clean energy as part of its recovery from the pandemic.

As District Council 37 launches its Green Jobs Training Initiative, the union June 3 urged the de Blasio administration to fund 100,000 jobs over the next three years to help the city address climate change.

The training program was created to give union members to learn the skills to become the “next generation of green-job workers.” The online training sessions, which the union stated started in May and will end in December, teaches members about residential, multi-family and small commercial-building energy efficiency and covers material on electrical systems, mechanical systems and operations.

The union represents more than 150,000 city workers, including Engineers, Architects and those in other technical trades. An AM New York op-ed co-written by DC 37 Executive Director Henry Garrido and City Council Member Justin Brannan urged Mayor de Blasio and the Council to establish policies that would transform the city into a “sustainable metropolis” and rebuild a stronger city after the pandemic.

“We have seen firsthand what happens when we’re not prepared for the looming climate crisis,” the pair wrote. “We did not learn enough from the lessons of Superstorm Sandy, as needed projects, such as sustainable construction and green retrofitting of buildings, lagged due to budget constraints and bureaucracy.”

The union called for the city to install solar panels on public buildings, including schools, to invest in climate projects that address the challenges of coastal flooding, to create long-term planning for the development of clean energy, and expand the city’s organics recycling program.

“It is time to re-imagine the city in the face of the crisis of climate change, the effects of which—particularly in communities of color—we no longer can ignore,” Mr. Brannan and Mr. Garrido stated.

'Bring People Back to Work'

If the city invested in such projects, it would create up to 100,000 jobs over the next three years, the union has estimated. The pair also called on the de Blasio administration, which concludes Dec. 31, to invest in education to prepare workers for the “green economy.”

“By focusing on creating union jobs in low-income communities of color, these new jobs would bring people back to work, empowering the neighborhoods hit hardest by the pandemic,” the op-ed stated.

The authors also called on the city to rely on municipal workers to work on these projects, rather than spending “hundreds of millions” on private contractors.

“The city must provide the necessary funding to make us more resilient and sustainable, and [it] must do so by creating a pathway to civil service for people,” Mr. Garrido and Mr. Brannan wrote.