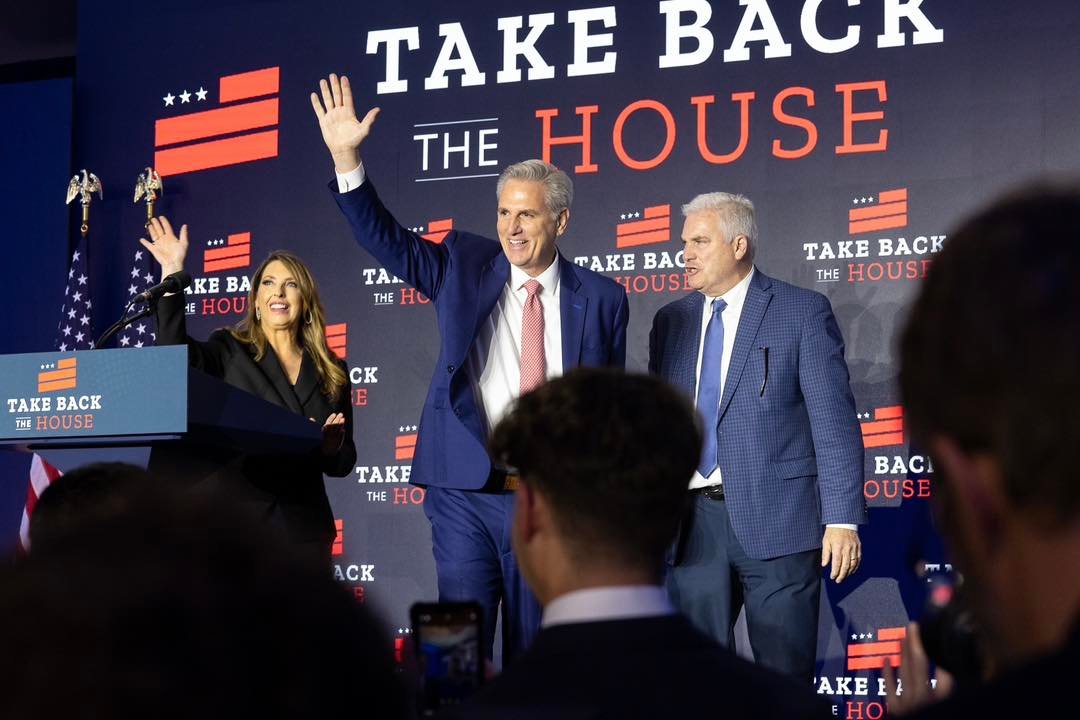 After 15 ballots and near fisticuffs on the floor of the House, Deli Man Kevin McCarthy won the Speakership. His “win,” such as it was, didn’t come without cost or consequence for his party or for the country. Of course, it goes without saying that the Senate and the White House won’t go along with any of the nonsensical, stupid, juvenile bills the Mega MAGA Caucus passes. We shouldn’t be surprised if the House passes a bill to criminalize abortion from the moment of conception (if not earlier if one of them can figure out a way to criminalize the procedure before pregnancy).

We won’t be surprised if the “fiscally responsible” Congress members try to abolish the IRS (why enforce tax laws? It’s so much easier to rail against critical race theory). They’ll subpoena Jill Biden.

I hope the readers saw the way Congressman Andy Biggs (an all-around lunatic but actually quite mainstream in today’s GOP) indicated that “Dr.” Jill (he put quotes around her title; someone has to tell the gentleman from Arizona that a Ph.D. does in fact make someone a doctor) has been compromised. There will be the inevitable subpoena of Dr. Anthony Fauci (presumably no quotes there) for his handling of Covid early on.

I look forward to Fauci (now retired) humiliating the committee when he hopefully gives them a piece of his mind. There will be investigations into the FBI, the CIA and the IRS.  There will be hearings at the border where the theatrics will be off the charts.

A country of 330 million with several thousand people trying to get in, while not a disaster to any sane person will be treated as if it were an invasion by the Axis powers during World War II.  This and more that we can’t even imagine right now.  I could mention the economic catastrophe when the House can’t pass an increase in the debt ceiling without getting help from Democratic leader Hakeem Jeffries and the Democrats. Are Marjorie Taylor Greene and other representatives who are holding McCarthy’s speakership hostage going to take that one sitting down? I’ll go out on a limb and bet NO.

Why then is this great news for the Democrats specifically and the left generally? It’s great news because for the next two years, the American people will see first hand what happens when a gang of absolute lunatics take over the asylum. The gang of 20-plus who have castrated McCarthy and hold his speakership in their hands every single day to the point where he will be speaker in name only (albeit with one hell of a nice office) will almost on a daily basis show the critical American voters (young people, people of color, Hispanics, suburban women and virtually everyone else) what they are all about.

Biden and the Democrats need a foil and now they’ve got one, and a gift from the heavens at that. Biden will make reasonable proposals with respect to student loans, prescription drug pricing, taxes, jobs, manufacturing, clean energy, voting rights, immigration reform, infrastructure and the like and the MAGA Caucus will be moving to toss parents in jail when they’re dealing with a trans child. The contrast will be just about that stark.

Let’s not forget something in this whole calculation. Kevin McCarthy, who opened and ran a Bakersfield deli while in his early 20s, is not a chess player; he’s barely a checkers player. He knows how to raise money and knows how to please his caucus with various goodies but he isn’t strategic. Over four or five days earlier this month, he succumbed to every single demand of the 20 rabid animals who were denying him the post he so coveted.

He did it by simply capitulating to their demands. One he accepted was that any single one of them could move to “vacate the Chair.” This means one of his members could move to terminate his speakership. If he doesn’t kowtow and permit them to impeach Biden, imprison Jill, outlaw abortion, refuse to increase the debt ceiling or any other manner of insanity, he will face a challenge and those same 20 will deny him the 218 votes he needs.

This is the man who forfeited his first chance at the speakership when he stupidly admitted on national TV that the Benghazi hearings were all theater and performance and designed to hurt Hillary Clinton’s chances.

Admittedly, we all knew that but he said it out loud which is a no-no when you’re trying to show that you give a rat’s ass about Benghazi. That little “faux pas” cost him the job for more than seven years. How do we think he’ll handle all of this going forward?

Let’s sit, get our popcorn and watch it all unfold. All I can say is that warning against the “inmates running the asylum” isn’t as good as when they take over. The American people will have a front row seat and they’ll reach their own conclusions. Who knows? Maybe the Deli Man will surprise us.