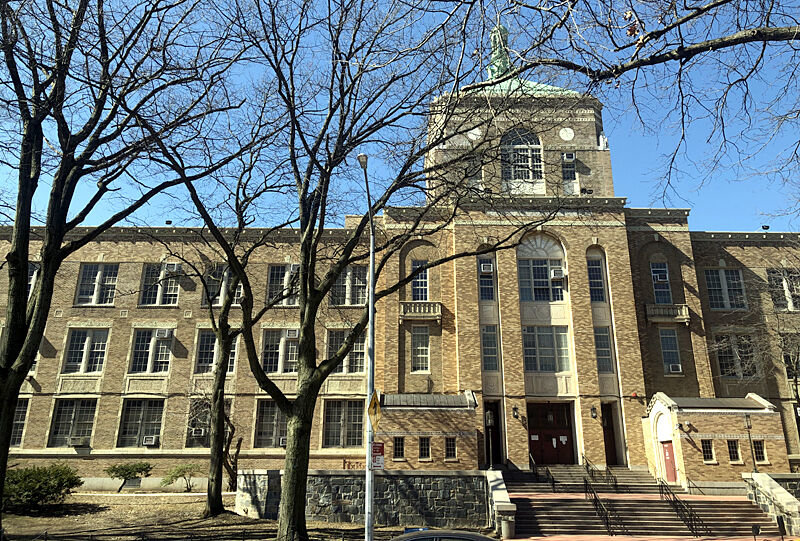 NOT A GOOD SIGN: Teamsters Local 237 President Gregory Floyd raised concerns about how safe schools will be this year after a 15-year-old student at DeWitt Clinton High School was slashed on Sept. 15, two days after all public school students returned to in-person classes. 'It's going to happen more frequently,' he warned.

The slashing of a 15-year-old student in the Bronx three days into the school year brought to reality safety concerns the head of the union representing School Safety Agents had previously raised.

The incident, which occurred at DeWitt Clinton High School Sept. 15, involved another 15-year-old student pulling out a blade and slashing the boy in a hallway, cutting him on the chin and neck. He was taken to Montefiore Hospital in stable condition, according to a report from the New York Post.

Although the school had a metal detector, the weapon was somehow not discovered. The assault was suspected to be gang-related, police said.

“The safety of students and staff is our top priority, and NYPD and EMS immediately responded,” said Department of Education spokesman Nathaniel Styer. “We’re taking additional measures at the school and working closely with the NYPD as they conduct an investigation.”

The school has a troubled history, including having the highest number of student arrests in 2015, and was part of the Mayor’s controversial Renewal program.

Gregory Floyd, president of Teamsters Local 237, has voiced concerns about whether schools will be safe this year.

One source of his concern was that there was a shortage of School Safety Agents. The shortage was the result of attrition and a recent slate of retirements, but was also caused by the City Council’s decision to cancel a proposed 475-member class of Agents this past summer.

The Council scrapped the class after advocates for police-free schools opposed increasing the plan to hire more Agents.

The city announced in August that the Police Department was going to hire 250 School Safety Agents to fill the gaps, but since they must train for 17 weeks, the new recruits won't be ready to be placed in schools until late in the year.

Mr. Floyd lamented that the city did not hire a sufficient number of Agents to address the shortages. The DOE stated that DeWitt Clinton had its full complement of Safety Agents at the time of the incident.

Another cause for concern for Mr. Floyd was the plan to transition his members from the Police Department to the DOE by July 2022.

The plan was announced last summer after advocates across the country began calling for police-free schools following the police killing of George Floyd. The advocates pointed to data showing that black and Latino students had a disproportionately high rate of suspensions.

The union leader has been fighting against the change, arguing that students would not be protected and that his members, who were predominantly black and Latino, were being scapegoated.

Mr. Floyd contended that students knew schools were more-vulnerable “because they understand the rhetoric of politicians. Just like the incarcerated prisoners at Rikers Island know that they have the upper hand.”

“This could be prevented if elected officials left security up to the professionals,” he added.