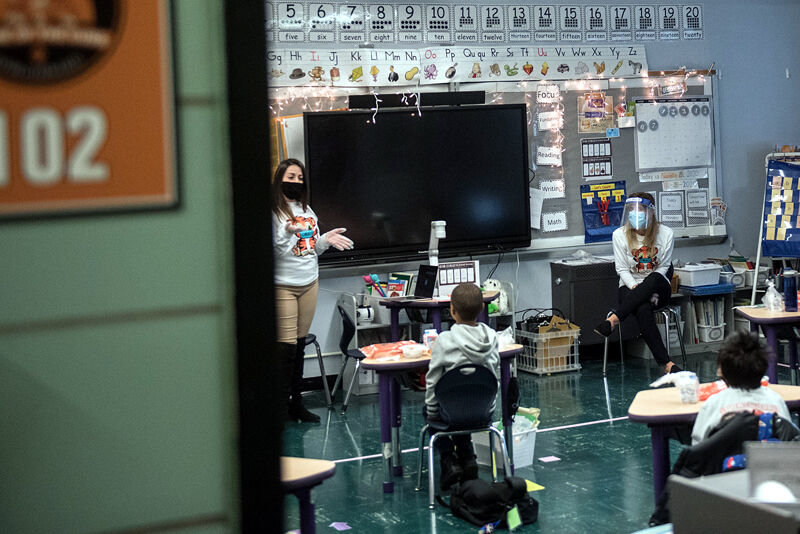 SCHOOL WON'T BE OUT EARLY FOR THEM: Mayor de Blasio made clear that Department of Education employees won't be permitted to participate in an early-retirement-incentive program granting up to three years' extra pension credit because the school system can't afford to lose workers. District Council 37 remains hopeful that the incentive will be offered in other agencies, but the many people who already qualify for full pensions who are filing for retirement diminishes the chances of that happening.

Prospects for the city offering early retirement to its workers have diminished considerably since Albany passed legislation April 6 that gave Mayor de Blasio the discretion to do so.

In his most direct comments yet on a subject, that has been a hot topic for municipal unions, he told reporters June 8 that while he had sympathy "for anyone who's been through the pain of this crisis and their families, we also have a job to do as New York City and we need our public servants."

He continued, "We are now deeply in the recovery phase. We have beaten back COVID effectively—very different environment than when the discussions began on early retirement."

Early this month, in a mass email to its members, the United Federation of Teachers said it was "disappointed to inform" them that "City Hall has refused to offer an early retirement incentive for any [Department of Education] employees this year."

Its message stated, "With the influx of federal COVID relief funds for education, the city is now focused on hiring more educators, not reducing its workforce. We know this is disappointing and yet another way we feel let down by City Hall this year. They were just not able to offer an early retirement incentive after the economic picture changed."

When Mr. de Blasio was read that UFT communication, he said the city needed "all the great educators we can get. We're about to reopen our schools full strength, no remote, and with a massive need to close the COVID achievement gap. So, let's be clear, the situation has evolved rapidly, and we need every good public servant front and center to bring this city back and serve our people."

Close to 400  city employees died, including more than 70 from DOE, from the coronavirus. Tens of thousands were o sidelined by the virus, which can lead to long-term health consequences, even in cases of asymptomatic infection.

Research by the New York Committee on Occupational Safety and Health estimates that statewide, 250,000 workers got sick with COVID and another 150,000 experienced an asymptomatic infection.

City union leaders say that chances of an early-retirement incentive being granted were compromised by the many workers who were already eligible to retire who opted to do so, meaning some agencies are already shorthanded.

Nowhere is this personnel crunch more obvious than among Emergency Medical Service officers. According to their union president, Vincent Variale, so many of his members who have qualified for full pensions are retiring that it has been hard to keep up with the retirement plaques the union customarily gives out. Roughly 30 percent of his 500 members would use an early-retirement incentive if it were offered, but they, along with other city uniformed workers were excluded from consideration under the state legislation.

According to a Freddi Goldstein, a spokeswoman for District Council 37, which represents EMS workers among its 125,000 members, the union had "a different take" on the Mayor's June 7 remarks.

"We believe he was speaking specifically about DOE employees, where they have very unfortunately decided not to offer an ERI package to any of their covered titles," she wrote. "For the rest of the mayoral agencies, that decision is due by the end of the month and we're in active negotiations."

The early-retirement option surfaced when the city and state were in the depths of the fiscal meltdown when pandemic-related shutdowns decimated government revenues. The Municipal Labor Committee urged the de Blasio administration to consider an early-retirement incentive at a time when it was threatening up to 22,000 layoffs unless it got at least $1 billion in savings from the unions to close what then loomed as a $9-billion city budget gap.