Near unanimous approval by union members 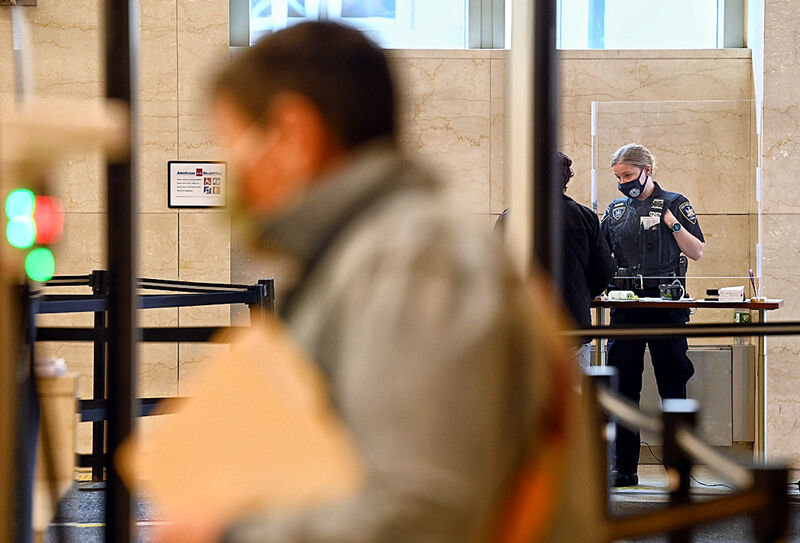 The roughly 1,400 members of the New York State Supreme Court Officers Association have a new contract.

The vote was 935 in favor and 36 against, Cullen said. About 76 percent of the union’s members voted.

“To get a nearly unanimous decision on anything is difficult and this essentially is a unanimous decision,” said Cullen, who began a fourth term as head of the union in July with the task of negotiating a new deal foremost on his and his board’s agenda. “That kind of appreciation is always good. We want everyone’s voice to be heard.”

Cullen and his negotiating team hammered out the deal without any givebacks. “That’s why we’re very pleased,” he said. “We met the mission. We delivered a fair agreement with zero concessions.”

The union’s previous agreement expired a year ago, and while court officials and the union intended to hammer out a new deal some time ago. “But Covid got in the way. We were unable to negotiate,” he said. The two sides met about once a month once they were able.

The union head said state court officials were not looking for concessions or making demands regarding Covid vaccinations. With NYSSCOA among several law enforcement unions battling vaccination mandates in court, that aspect could be revisited once court cases on the matter conclude, he said.

“If we are successful we will have to commence a negotiation on the Covid vaccination,” he said.

Asked whether the new terms were enough to attract new officers to a court system short of them, Cullen said: “I don't know what is attractive to people these days.”

“We have to look at the bargaining process for the members,” Cullen continued. “I’m not sure our main objective  is to also be attractive to potential members. We want to deliver to our current members.”

The NYSSCOA president said his union, which is affiliated with the A.F.L.-C.I.O. and the International Longshoreman’s Association, is short roughly 500 officers. The court system is looking to hire just half that number in the coming months, he said.