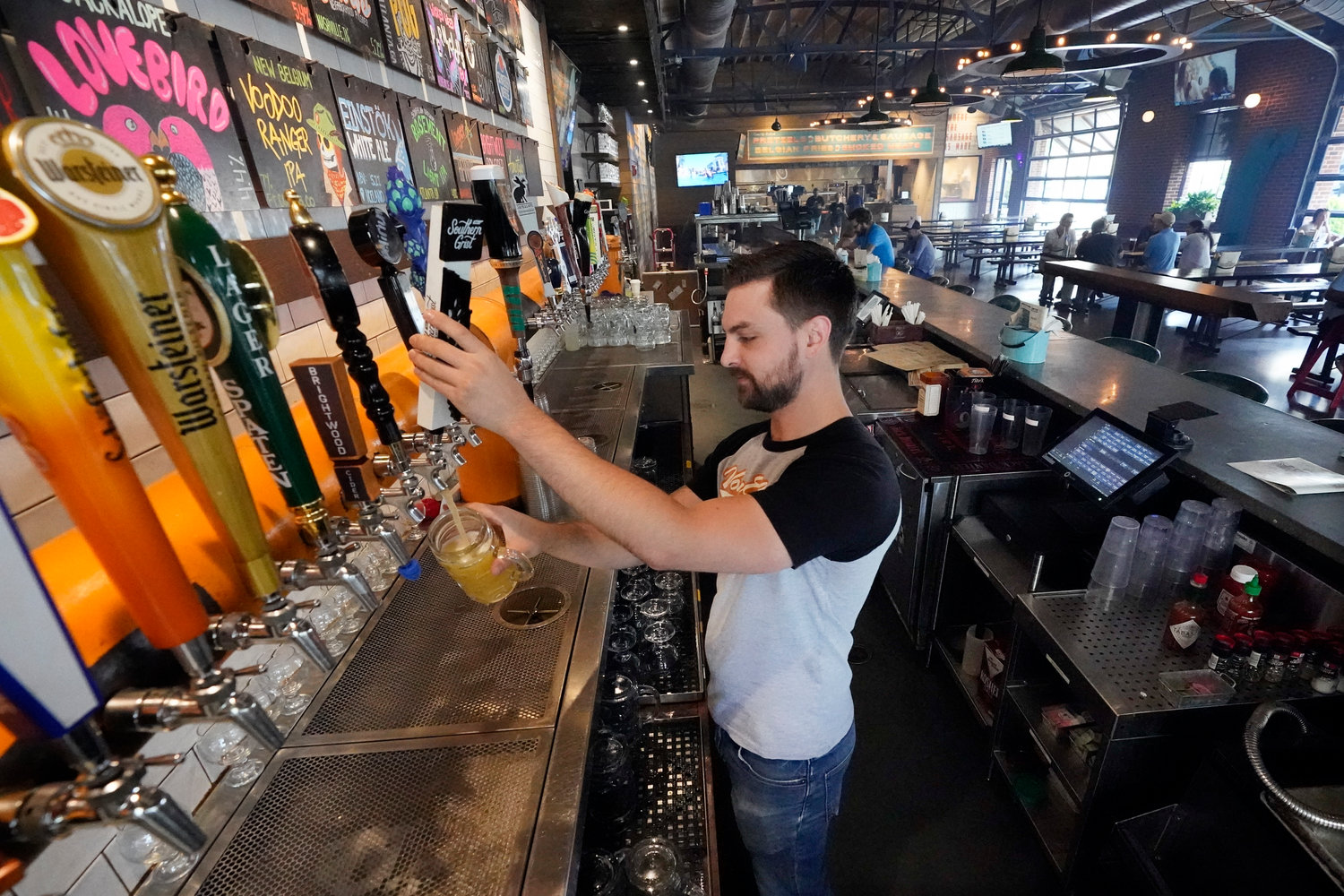 Small businesses that depend on outdoor crowds and free-spending tourists aren't sure what to expect this summer.

Consumers likely have a lot of pent-up demand after more than two years of the pandemic. But they're also facing some significant financial headwinds because of the highest inflation in decades. And COVID-19 remains a looming presence.

The U.S. Travel Association, an industry trade group, expects money spent on travel – excluding business travel -- in the U.S. to total $726 billion in 2022, up 3 percent from 2021 and slightly above pre-pandemic levels. Many Americans appear ready to spend what's left of their pandemic savings.

But inflation might throw a wrench in their plans. Higher prices are making day-to-day living more expensive, which could leave less money for discretionary spending. Gas prices are up more than 60 percent from a year ago and hotel rooms and airfare are pricier as well, putting pressure on travel budgets.

Memorial Day weekend might offer a snapshot of how the summer will go. According to the Transportation Security Administration, an average of 2.23 million people per day passed through U.S. airport checkpoints during the five-day Thursday through Monday holiday period. That was 9 percent lower than the same five days in 2019, but up 24 percent from the same days last year.

‘A summer of uncertainty’

Businesses are also struggling with inflation — raw materials are finished goods are more expensive and workers are demanding higher pay. Owners have been forced to raise prices or cut back on some services.

"It's a summer of uncertainty," said Ray Keating, chief economist with advocacy group the Small Business & Entrepreneurship Council. "Inflation is a major worry and tied to that is increases in costs small businesses are seeing from their own vendors and suppliers. There's a tight labor market. It's a tough mix."

Jack Morey's family has owned and operated Morey's Piers & Beachfront Water Parks, three boardwalk amusement parks along the waterfront in The Wildwoods, New Jersey, for two generations. Morey said the last two years have been devastating for his businesses, due to shutdowns and COVID-19 restrictions and a lack of staff.

This year, restrictions have been dropped and Morey has been able to fully staff up again. But payroll costs and all other expenses are "through the roof," so he's had to raise prices. Morey is unsure whether his base of mostly working-class families will come back to the parks because they're facing higher prices for everything from groceries to gas. But he's hoping for the best.

"Will people come back? I think they will. I know they will be coming for the beaches first," he said. "What's going to happen with inflation and gas, nobody knows. I'm cautiously optimistic -- we'll know when we know."

The higher cost for gas and other items means a growing divide between wealthy tourists and the middle or working class. At Mansion House Inn on Martha's Vineyard, rooms are booking at pre-pandemic prices, with most of the summer sold out. Owner Susan Goldstein said her clientele likes the fact they can drive to the Vineyard instead of flying somewhere, despite higher gas prices.

But Goldstein said people aren't booking as far ahead as they used to.

"There's a lot of last-minute action," she said. "People are waiting to see what the world is offering."

A labor crunch is putting pressure on many small businesses this summer, too. To staff her two Cinnaholic vegan cinnamon bun bakeries in Tennessee, Holly Roe has had to raise wages — and hire a lot more teenagers.

Before the pandemic Roe's staff was 80 percent people over the age of 18 and 20 percent under. Now, the ratio has completely switched.

"Most of them it's their first job, but it's been interesting. They're eager to work, excited and want to impress," said Roe, whose stores are in Knoxville and Pigeon Forge, Tennessee, near the Great Smoky Mountains National Park and Dollywood amusement park.

Some businesses are still concerned about the ongoing threat of COVID-19 cases. Samuel Clark's business, Broadway Crew, a promotional staffing agency and street team that promotes Broadway shows, is heavily dependent on face-to-face interaction with tourists in Times Square. While his business has recovered since Broadway reopened, it isn't smooth sailing. Shows still close temporarily because of COVID-19 cases.

"That is a clear and present existential threat — we see events and shows closing and having a week off," he said.