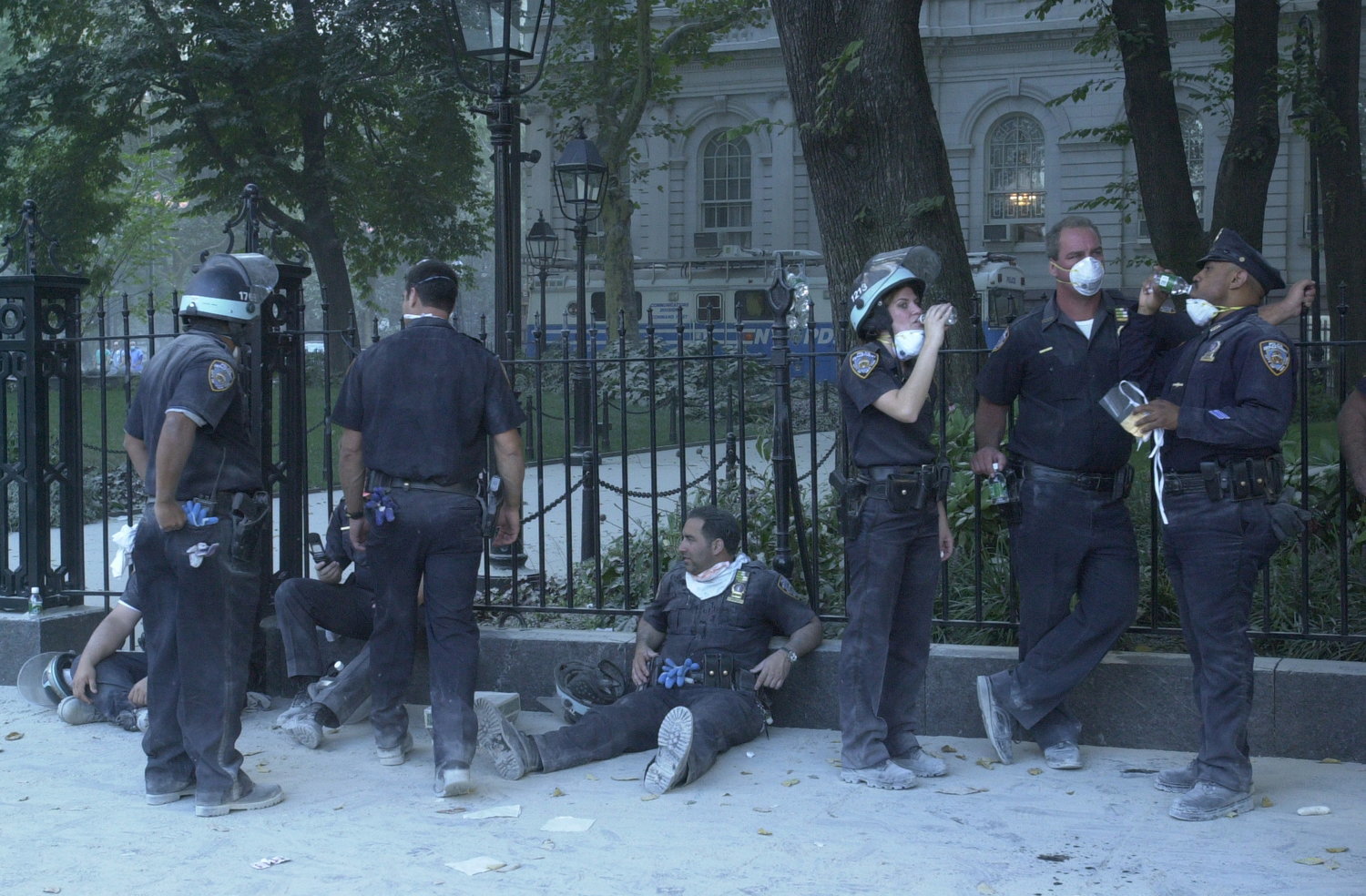 First responders to the 9/11 attacks and survivors who have since developed uterine cancer are now eligible for free care under the World Trade Center Health Program.

Eligible members of the program will also qualify for monitoring, some cancer screenings and benefits counseling.

More than 200 women already enrolled in the WTC Health Program have uterine cancer and more are expected to join now that the new rule is in place. Unlike other federal rulings, there is no waiting period for those suffering from uterine cancer to join the program, and those interested in applying can find more information on the WTC program’s page on the Center for Disease Control’s website.

"It has been a long time coming,” said Sara Director, a partner at the law firm Barasch and McGarry who represents more than 90 women diagnosed with 9/11-related uterine cancer. “I'm thrilled that the government has finally lived up to their pledge to never forget and to provide free health care and compensation to all 9/11 first responders and survivors including those women who have uterine and endometrial cancer."

Director said that patients and their doctors were the first to sound the alarm about the growing rates of uterine cancer in the community of 9/11 first responders and survivors and that doctors then began the push to have the cancer join the list of official 9/11-related diseases.

A coalition of elected officials, scientists, physicians and female survivors and first responders who were at Ground Zero pushed for reconsideration. Because women were not well-represented in the occupational studies analyzing the health effects of 9/11 exposure, advocates argued there were gaps in the research.

In November 2021, the program’s Scientific/Technical Advisory Committee voted to recommend that uterine cancer be added to the list after it reviewed research indicating that exposure to endocrine disrupting chemicals — which were found in WTC dust — may contribute to uterine cancer risk.

The addition of uterine cancer was then again proposed by the WTC Health Program’s administrator in May 2022 after which the program commissioned peer reviews, studied costs associated with treatment and received public comments before finalizing the rule Jan. 18.

“This rule is significant as it not only provides access to life-saving care and treatment, but also recognition for the women who sacrificed so much on and after 9/11 that their diagnosed uterine cancer is a WTC-related health condition,” the administrator, Dr. John Howard, said in a statement.

“With the publication of this rule, a critical gap in coverage for women in the Program has been eliminated. All types of cancer, if determined to be related to 9/11 exposures, are now covered by the World Trade Center Health Program, providing women equal access to the treatment they deserve.”

The program estimates that medical care to treat uterine cancer in the first year after a diagnosis costs, on average, $41,283, with annual costs after that of just over $2000. Costs in the final year of treatment average a stunning $122,954 according to the program. Like thousands of other 9/11 survivors and first responders, patients who are approved to join the program will no longer have to pay out-of-pocket for life saving health care.

Paying for uterine cancer treatments will cost the WTC Program between $1.7 and $3.8 million annually through 2026, according to the ruling.

Uterine cancer, including endometrial cancer, is the 69th to be included on the list of WTC-related health conditions and the first added to the program in nine years.

The WTC Health Program does not have authority to reimburse members or health care providers for the costs of uterine cancer treatments received prior to Jan. 18, when the cancer was added to the WTC list. But the cancer’s designation as a 9/11-related disease could entitle victims and representatives of deceased persons to receive compensation for past uterine/endometrial cancer treatment costs through the September 11th Victim Compensation Fund, which is separate from the WTC Health Program.

Director expects that with the rule in place, many more women will come forward and join the program. “The cancer-causing toxins don’t care if you're male or female, they will make you equally sick,” she said. “So it's about time that women are on equal footing as the men are, and to have all cancers in reproductive organs covered."