We are working class 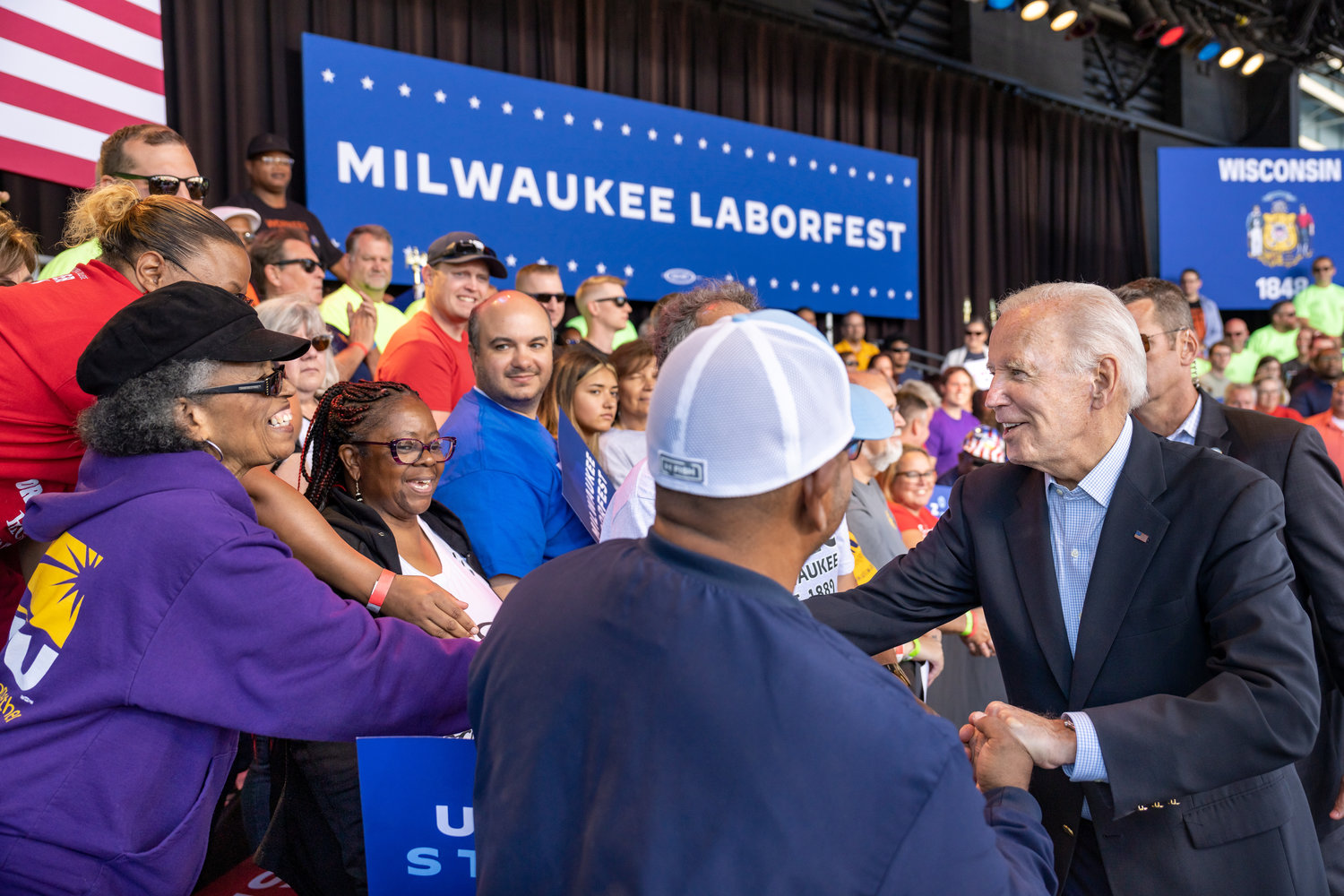 Try as you might, it is nearly impossible to hear a politician of either major party talk about the working class. They all seem to prefer the term “middle class.” While Democrats are especially keen to “expand the middle class,” it’s not clear who would be joining it because the working class doesn’t seem to exist.

Take President Joe Biden’s speech in a semiconductor factory last December. “When we grow it that way, the poor have a shot, the middle class do well, and the wealthy do very well,” he said. There was no mention of the workers at the plant or anywhere.

Democrats prefer to replace workers with the “poor” as if to be a worker is to somehow be a failure. Doing this makes being a worker just about how much you get paid.

Disappearing the working class and replacing it with the middle class furthers the myth that we are not workers. The fact is that anyone who sells their labor for a wage or salary is a worker.

Anyone who sells their labor to survive and does not command or profit from someone else’s labor is a worker who belongs to the working class, not the middle class. I am a worker because as a precarious untenured professor I sell my labor and have little control over my work other than what I teach about.

While some might want to call me middle class, I am part of the working class. My father, who survived the Holocaust and entered the U.S. as an undocumented immigrant, was a house painter and my mother worked as an administrative staff for the federal government.

What makes me part of the working class is not that I was born into a working class family but that I too must sell my labor to survive and do not control or profit from the labor of others.

Although I have a Ph.D. and earn above the median income for the U.S., I am essentially an overeducated academic worker.

I am middle income, not middle class.

Sociologists popularized the term middle class during the Cold War to direct attention away from  the issue of class.

The very concept of class, whether you sell your labor, now means how much you make and even where you live, how much education you have and other characteristics we call “culture” such as how we speak, dress and behave. This is what is called “social class.”

This subtle shift means class is no longer about capitalism but rather about income, identity, wealth, house and behavior.

Instead of class being decided by whether you sell your labor or profit from someone else’s — the most important feature of capitalism — class became just one of many types of oppression, one no more important than another.

That’s how we became a supposed “middle class society.”

Those who own and run the economic system like a dictatorship have become “entrepreneurs,” “rich” or “elites” like the main character of the new TV show “wecrashed.” We are daily inundated with relentless myths and propaganda that any one of us can join them although very few do.

Every semester I ask my students what class they are in now and where they expect to be 10 years after they graduate from college. Nearly all of them say virtually the same thing.

Almost no one thinks they are in the working class now, although most of them earn very low wages. Nearly all of them are somewhere in the middle class, whether the “lower” or “upper” middle class.

The youthful expectation of upward class mobility is contradicted by the stark reality that our wages and conditions of life have been getting worse with each passing generation. While my parents owned two houses during their lifetime, I can never afford one.

Like my students, we divide ourselves by our social class while missing the shared experience of being in the working class. The differences we see between us obscure the commonality — we are all workers who must sell our labor for different wages.

We each learn to see ourselves as disconnected individuals whose current predicament is our own or our family’s making. Our situation is never the fault of the system of capitalism in which profits are produced by the exploitation of our labor.

We should be asking why the “friends of labor” will try so hard to avoid using the words “worker” and “working class” and reduce unions to just a tool for turning workers into members of the middle class.

Rather than equating “working class” with failure, we can instead embrace how we are all interconnected by having to work to survive. Our connection through work is our source of power — to stop working by striking and bring the economy to a halt until things change.

Some make less or more money for their work because of unequal levels of power and status that are used to divide us by race, sex, gender, age, criminal record and other differences.

Celebrating these differences alone will not help us overcome how they are used to divide and weaken us. We need to begin with the reality that we are all differently woven together by the essential fact that we live in a capitalist society that forces us to work to survive.

That is why we are working class.

Robert Ovetz is  editor of “Workers' Inquiry and Global Class Struggle,” the author of “When Workers Shot Back” and of the new book, “We the Elites: Why the US Constitution Serves the Few.” Follow him at @OvetzRobert.