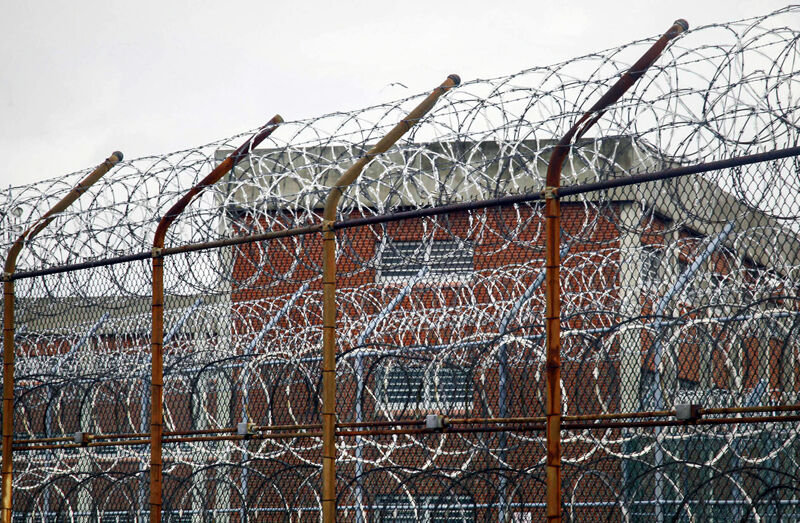 REVOLVING-DOOR LAWSUIT: Less than 48 hours after his administration filed a lawsuit accusing the Correction Officers' Benevolent Association of having contributed to the growing chaos at Rikers Island by having 'condoned and even encouraged absenteeism' by its members, Mayor de Blasio called off his lawyers, withdrawing the suit after they said union officials pledged to encourage Correction Officers to report for duty.

The city has dropped a lawsuit that claimed the Correction Officers’ Benevolent Association and its officers had caused or encouraged what Mayor de Blasio had said amounted to an illegal work stoppage.

The city cited the union’s public assurances during a brief Sept. 22 court hearing that its representatives would encourage those Correction Officers who are fit for duty to report to work in explaining its about-face less than 48 hours after filing the suit.

A city attorney, Eric Eichenholtz, said in court that city and union officials would continue to discuss “the underlying issues” that led to the suit.

The court action had accused COBA officials of "instigating" a slowdown in the form of a sick-out by its members on Rikers Island, thereby exacerbating crisis-level conditions in the jails. At least 11 inmates have died while in custody so far this year.

“All parties, the plaintiff and the defendants, reserve their legal rights and remedies moving forward as we proceed to resolve the underlying issues obviously that both the city and the union are in the process of discussing outside this case,” Mr. Eichenholtz told State Supreme Court Justice Dakota D. Ramseur.

“Once again, our pathologically lying mayor,who hasn’t visited Rikers Island in over four years to see for himself the humanitarian crisis he’s created, is re-writing history,” he said, before alluding to Mr. de Blasio’s assurances in April 2020 that triple shifts by correction officers “would never happen again.”

Triples have been a steady occurrence for much of this year, although the Mayor has pledged they'll end shortly.

“Breaking news Mayor de Blasio, you’re the head manager in this city. So now that you have fully withdrawn your frivolous lawsuit against us, why don’t you visit Rikers and talk to our officers instead of this futile effort to destroy our union? Unlike you, in a few months, COBA will still be here,” Mr. Boscio said in a statement.

Several elected and other officials have visited Rikers in recent weeks, and subsequently detailed the sordid conditions and poor inmate oversight they witnessed in jails there. Many of them, as well as COBA officials, have chided Mr. de Blasio not having gone to Rikers at any point during his second term, despite his years-long effort to put into place plans to shutter the island penal colony in favor of borough-based jails.

“This is a step forward to address challenges at Rikers, and while this ends the immediate court action, the City will continue monitoring the situation and stands ready to take further legal action as necessary,” Nick Paolucci, a Law Department spokesman, said in a statement.

The withdrawn suit alleged that COBA officials had caused or encouraged “a concerted action” that had compromised safety within Rikers. It said the concerted action was “evident” given the number of Correction Officers who have been Absent Without Official Leave this year compared with prior years. According to the suit, there has been a 198-percent increase in AWOL officers so far this year compared to last year, and a 215-percent increase compared to 2019.

It says there has been a monthly average of 2,304 unexcused absences this year, with that number climbing to nearly 2,800 in August. The Department of Correction last year recorded a monthly average of 773 unexcused absences, with that number representing a 20-percent increase over 2019. The high last year was 1,285 in December.

“While any individual instance of AWOL is improper, here, it is clear that correction officers are committing this misconduct in a broad and coordinated manner (along with many officers calling out sick) in order to slowdown and/or stop the DOC from performing its functions, thus rendering it an illegal job action,” the suit alleged.

Union representatives vehemently denied the suit’s assertions, with a spokesman calling the legal action a smokescreen intended to hide the city’s mismanagement of a staffing crisis. A union spokesman disputed the city’s tallies of AWOL officers, saying they could not be trusted given what he called the city’s and the DOC’s false reporting on jail violence and the agency's former Commissioner’s false assertions that triple shifts were not being assigned.

'Lying About the Numbers'

“They’re lying about the numbers and manipulating the numbers,” COBA spokesman Michael Skelly said the day after the suit was filed. He said there was “no independent way” to verify the tallies.

The state’s Taylor Law gives public-sector workers the right to unionize and bargain collectively but forbids them to strike. The law penalizes unions as well as their members, for work stoppages. Potential penalties for unions include large fines and something that is often more costly—the suspension of their right to collect dues  through automatic payroll deductions. Union presidents are also subject to jail time. Individual workers who go on strike face fines of two days' pay for each day on strike.

While the majority of DOC workers are coming to work to address the challenges at Rikers, COBA had been "actively encouraging or condoning staffers to abandon their fellow officers and put everyone at greater risk,” Mr.  Eichenholtz said in a statement when the suit was filed Sept. 20.

It is rare for the city to sue a municipal union on similar grounds. The last time, in 2013, also involved COBA. That suit alleged that Correction Officers at Rikers Island had held up buses meant to transporting inmates to courthouses.

That slowdown, apparently ordered by then-union president, Norman Seabrook, and members of his executive board, was said to have been in response to the city’s prosecution of two COs, one of whom was accused of beating an inmate and the other of covering it up. The inmates who had accused them were scheduled to be transported from Rikers to Bronx Supreme Court to testify that morning, but what the union claimed were mechanical issues with all the buses prevented that from happening.

A source familiar with the lawsuit said it arose from a memo from a union delegate who responded to Commissioner Vincent Schiraldi’s call for suggestions on how best to address a staffing crisis by writing, in part, that she could get officers who were sick or medically monitored “to return to work” if he agreed to certain changes.

The delegate, Donna Schnirring, who works at the Queens Detention Complex, was asking that her unit not be redeployed to Rikers. “If given the opportunity,” she wrote, she said Mr. Schiraldi would see a difference within three months.

The DOC and the city announced separately in recent weeks that officers who do not show proof of illness within a day of calling out would be suspended 30 days without pay. AWOL Officers will similarly be punished.

While the DOC’s recently instituted sick-leave policy produced a two-thirds decline in call-outs, according to the department,  AWOLs have remained high, it said, with the number of officers not reporting in August increasing to 2,795.

The department said it was trying to motivate officers to come to work but continuing to discipline those who were AWOL or otherwise misusing sick leave. The DOC said that it was now awarding bonuses for those working triple tours.

It has so far issued 56 suspensions for AWOL officers.

But Mr. Skelly questioned the logic of the suspensions, noting that they would correlate to an equal number of Officers doing triple shifts. “The reality is they can’t discipline their way out of a crisis they created” by failing to hire officers, he said.

Addressing the lawsuit, Mayor de Blasio said AWOL officers “do a massive disservice to their fellow officers” and only exacerbate the staffing crisis at the jail compound, which he said was attributable in part to COBA.

“We have seen too many times that they have not addressed the situation as they are required to by law,” which he said obliged the union to ensure that its members showed up for duty “and not discouraging people from doing their job.”

The suit, he said, was necessary to compel the union to meet its “legal obligation.”

“If the workers aren't there, everyone is made less safe, the Mayor said. “The union should be leading the way with the City, saying, ‘everyone, get back to work, do your job, help each other.’ Instead, the union has done the opposite.”

The following day, he reconsidered.