City needs another 1,000 lifeguards for summer

NYC rules and, some say, union officials have contributed to shortfall 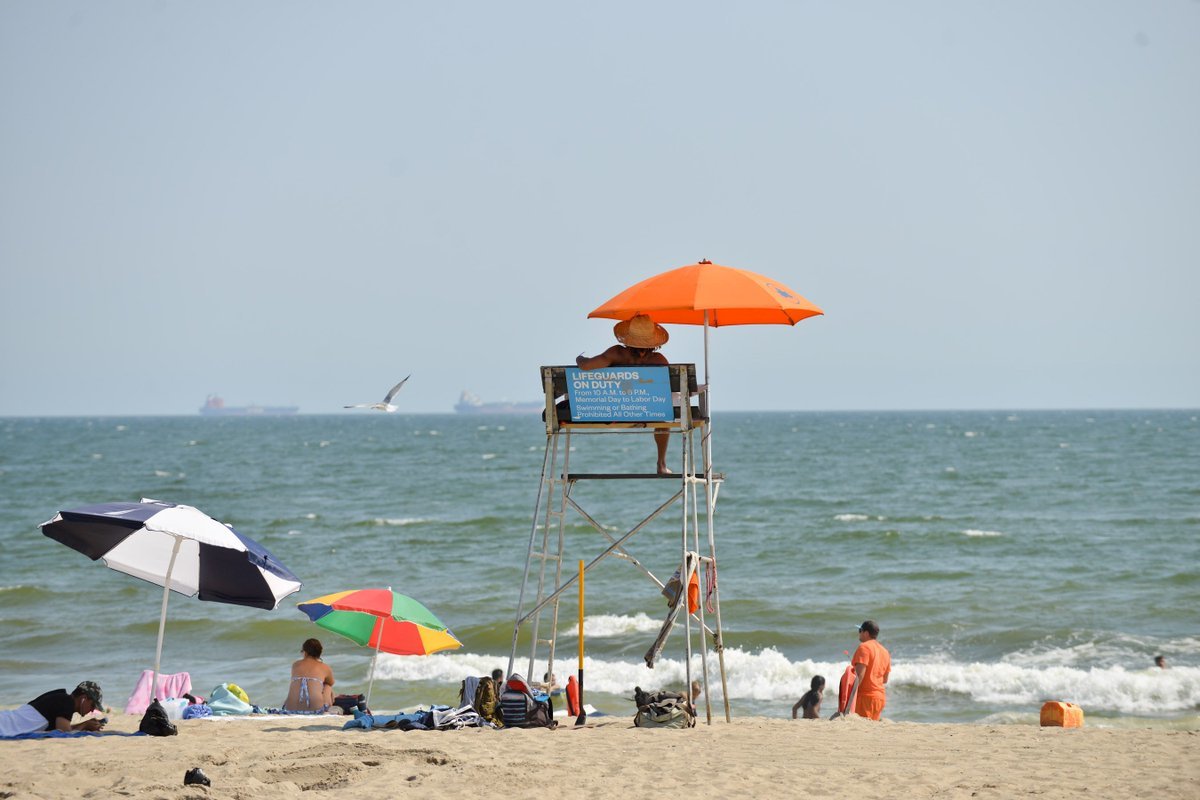 With summer kicking into high gear, the city Parks Department said that it has recruited just 480 lifeguards even though it is looking to hire as many as 1,500.
Courtesy of Parks Department
Posted Tuesday, June 21, 2022 12:30 pm
BY CRYSTAL LEWIS clewis@thechiefleader.com

The city Parks Department has just one-third of the lifeguards it needs thanks to a “national lifeguard shortage,” according to the agency.

The department last week announced that swim programs held at outdoor pools, which are set to open June 28, are canceled because of a severe understaffing of lifeguards at beaches and pools. The American Lifeguard Association has projected that lifeguard shortages could prevent more than 100,000 pools across the nation from being able to open.

“Like the entire country, it’s been a challenge recruiting enough qualified people who can pass the NYC lifeguard requirements, and pandemic impacts on recruitment continue,” said Crystal Howard, a spokesperson for the Parks Department.

The number of lifeguards never fully rebounded, with 1,013 seasonals hired last year. The Parks Department stated that it plans to continue hiring for this beach season, which began on Memorial Day, until July 4.

Although city lifeguards make $16 an hour, Mayor Eric Adams believes that pay raises would not help address the shortage. The lifeguards are represented by District Council 37. Their contract expired last May.

Chief lifeguard Janet Fash, who has worked in the Rockaways for more than four decades, said that although it was true that there was a national lifeguard shortage, there were several other reasons why the city lifeguard division had such diminished ranks.

She pointed to the stringent swim test for prospective city lifeguards, which requires applicants to swim 50 yards in 35 seconds or less with proper form. Fash believes the city should instead use the untimed swim test used by the American Red Cross lifeguard program — which requires students to swim 300 yards using front crawl or breaststroke — because it would cast a wider net for potential candidates.

“If you can swim 300 yards, you’re a good swimmer,” she said during a phone interview. “[New York City] has a rigorous standard and they need to consider changing it. The city is really shooting themselves in the foot.”

Howard noted that changes to the program "would have to be approved through the state and through union negotiation."

Contributing to the shortage is the fact that the city has begun denying waivers that previously allowed emergency medical specialists and firefighters to work shifts as lifeguards, news outlet The City confirmed. The Department of Citywide Administrative Services began enforcing a rule established in 1987 that prohibits city employees from working at more than one mayoral agency simultaneously out of concern for overtime costs.

The Parks Department stated that the number of denied waivers "had little to no impact" on its recruitment efforts. So far, nine waivers have been rejected and two more are pending.

Fash, who has been fighting against corruption in the lifeguard division and the unions that represent them, also believed that DC 37 contributed to the shortages. Although the seasonal lifeguards who make up the vast majority of the workforce are represented by DC 37’s Local 461, many, including Fash, say that Peter Stein, who has represented chief lifeguards as president of Local 508 for four decades, really runs both locals.

The union did not return a request for comment.

Some who have worked as lifeguards during previous summers were not invited back this year, Fash claimed. “I know at least 50 people who weren’t invited back,” she said.

Howard denied that claim, stating that "all NYC Parks Lifeguards who worked in 2021 [and] who are in condition" are encouraged to get re-certified.

Throughout the years, some lifeguards have alleged that Stein and his allies, who run the school that administers the swim test for prospective guards, pass and fail candidates as they please.  The Parks Department has stated that there is a timing clock on the wall where the pool tests are given.

The veteran lifeguard alleged that many who have spoken out against Stein have been retaliated against. “Lifeguards are afraid to get involved with the union because they’re afraid of losing their jobs,” she said.

The city lifeguard division has come under scrutiny in the past, most notably after the city Department of Investigation released a report last December revealing “systemic dysfunction” and mismanagement in the unit has gone on for decades.

The 16-month probe showed that the Parks Department did not have sufficient oversight of the division, citing the city’s collective-bargaining agreement with District Council 37 as a major reason. The contract requires that the lifeguard coordinator, the top employee in the division, report directly to the Parks Department’s first deputy commissioner rather than to intermediate managers.

In a first, an Apple store votes for a union

Fired city workers would get jobs back with vax compliance