City To Create 10,000 Jobs As Part of 'Cleanup' Of Hard-Hit Neighborhoods 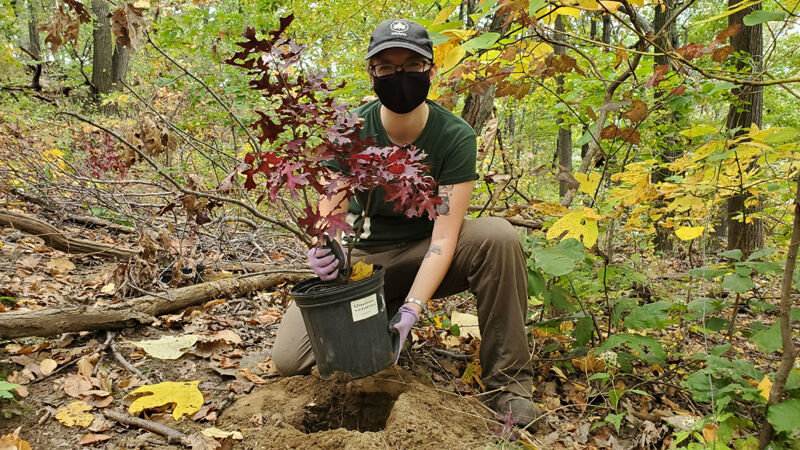 OPPORTUNITIES IN BLOOM: In order to help the city's recovery, Mayor de Blasio announced plans to hire 10,000 employees as part of the New Deal-inspired City Cleanup Corps, who will help beautify public spaces and maintain parks and community gardens. Most of the jobs will be available starting in July, with the posts expected to run through the end of the year.

As part of the city’s recovery from the pandemic, the newly-launched City Cleanup Corps will create 10,000 jobs to help beautify parks and green spaces, Mayor de Blasio announced April 6.

The program is modeled on the U.S. Civilian Conservation Corps, established in the 1930s under the New Deal to help thousands of unemployed Americans obtain jobs while sprucing up forests and parks during the Great Depression.

A Benefit for All

The Mayor stated that investing Federal stimulus funding to create the jobs would give New Yorkers “the opportunity to get back on their feet, do something great for the city, also help the city as a whole recover.”

So far, 500 job openings for City Park Workers and City Seasonal Aides have been posted, with another 500 in various city titles expected to be posted “very soon,” Mr. de Blasio said. The bulk of the jobs—more than 7,700—were expected to be listed in July.

“Building an equitable recovery means investing in what makes New York City great: our people, our neighborhoods, and our open spaces,” said Lorraine Grillo, who was appointed as the city’s Senior Advisor for Recovery this past February. “The CCC will supercharge our recovery and help us rebuild a fairer and better city for New Yorkers in every community.”

Those in the City Cleanup Corps will be employed at 10 agencies, including the Department of Parks and Recreation, the Department of Environmental Protection and the Housing Authority.  The jobs will pay $15 an hour and will go through the end of the year, according to Mr. de Blasio.

“Later in the year, we'll assess what makes sense to do going forward,” he said.

Joe Puleo, president of District Council 37’s Local 983, which represents City Seasonal Aides and other park workers who do maintenance and Construction work, applauded the announcement.

“That’s terrific and it’s long overdue,” he said. “During the pandemic, the parks were used more than ever, and it strained resources. The bathrooms were horrendous and nobody was out there to close the parks.”

But, Mr. Puleo added, there was also a great need for permanent positions.

“We also need full-time people because [the public] is out in the parks in the winter,” he said.