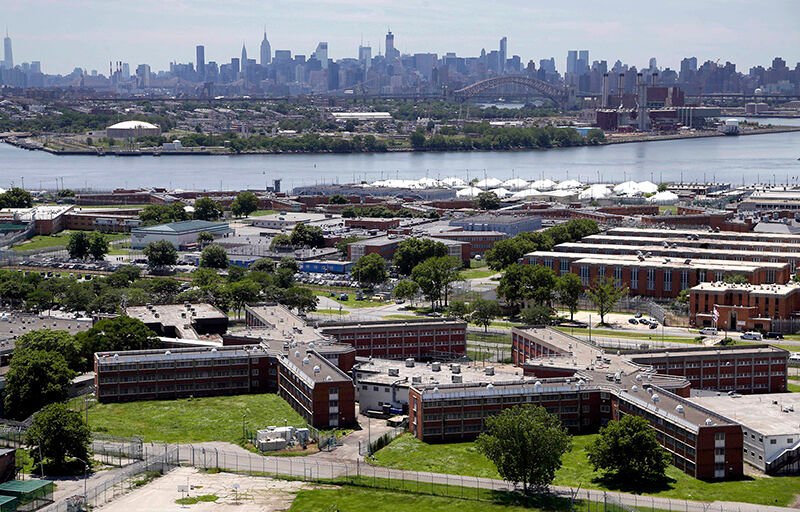 Inmates in city jails could soon have the opportunity to apply for civil-service jobs.

Legislation sponsored by Speaker Adrienne Adams would require the Department of Citywide Administrative Services, which administers tests for municipal jobs, to offer the exams to all incarcerated people who meet minimum qualifications for the gigs. Adams’ bill, co-sponsored by Brooklyn Council Member Farah Louis, would also waive exam fees typically assessed to test takers for those who are in city Department of Correction custody, as well as those who are enrolled in reentry service or have other ties to the justice system.

The Council speaker, a centrist Democrat, prefaced the legislation during her state of the city address in May, saying that access to civil-service careers, which she said had “long been a pathway to economic stability for New Yorkers,” was an essential aspect of public safety policy.

“And by reaching New Yorkers transitioning out of these systems with opportunities to join the city’s workforce, we can help them succeed,” she said during the May address. “That’s how we increase the stability of families and communities and improve public safety.”

The Fortune Society’s Andre Ward welcomed the speaker’s proposal, calling it “a game changer.” The legislation’s credible outcome, he said, would be a compass point that puts the formerly incarcerated “on a path obviously to live a life of contribution.”

“To be able to take a civil service examination is a game changer for a lot of people that are detained and incarcerated. Many of those who are detained and incarcerated have loved ones who themselves have taken the civil-service examinations and have passed and worked for the city,” said Ward, the associate vice president of the David Rothenberg Center for Public Policy at The Fortune Society, a Long Island City-based nonprofit that supports successful reentry from incarceration and also advocates for alternatives to incarceration.

Ward suggested that city civil service would be a known career option for many who are incarcerated and therefore become something of a welcome invitation.

Ward said the endeavor would not be “a major lift” for the DOC, as long as DCAS provides the  necessary material and curriculum, since the personnel infrastructure — providers of jail-based services — are already in place.

“We think it's smart,” he said of Adams’ legislation.

Adams’ bill would also require the DOC to offer exam prep programming to all incarcerated individuals.

A DOC spokesperson said only that the department was reviewing the legislation.

The department otherwise highlighted its continuous programming for incarcerated individuals, which it gears toward reentry, some of it trade-specific, such as for would-be welders, drivers, construction workers and service occupations. The DOC also has programming, some of which can result in certification, in other trades, such as cosmetology and barbering.

Most of the city’s civil-service posts have some combination of education, work experience, licensure and other prerequisites. And depending on the disposition of their cases, not all civil-service careers will be available to the formerly incarcerated.

For instance, persons convicted of felonies or domestic violence misdemeanors cannot become police officers or, for that matter, correction officers.

In many other cases, though, convictions on misdemeanor or even felony charges are not obstacles to employment. And arrests that don’t lead to a criminal conviction generally must not be considered for employment purposes. And neither should juvenile delinquency arrests and proceedings.

In fact, state law is explicit that criminal convictions should not, when at all possible, be a barrier to a job: “The public policy of this state, as expressed in this act, to encourage the licensure and employment of persons previously convicted of one or more criminal offenses.”