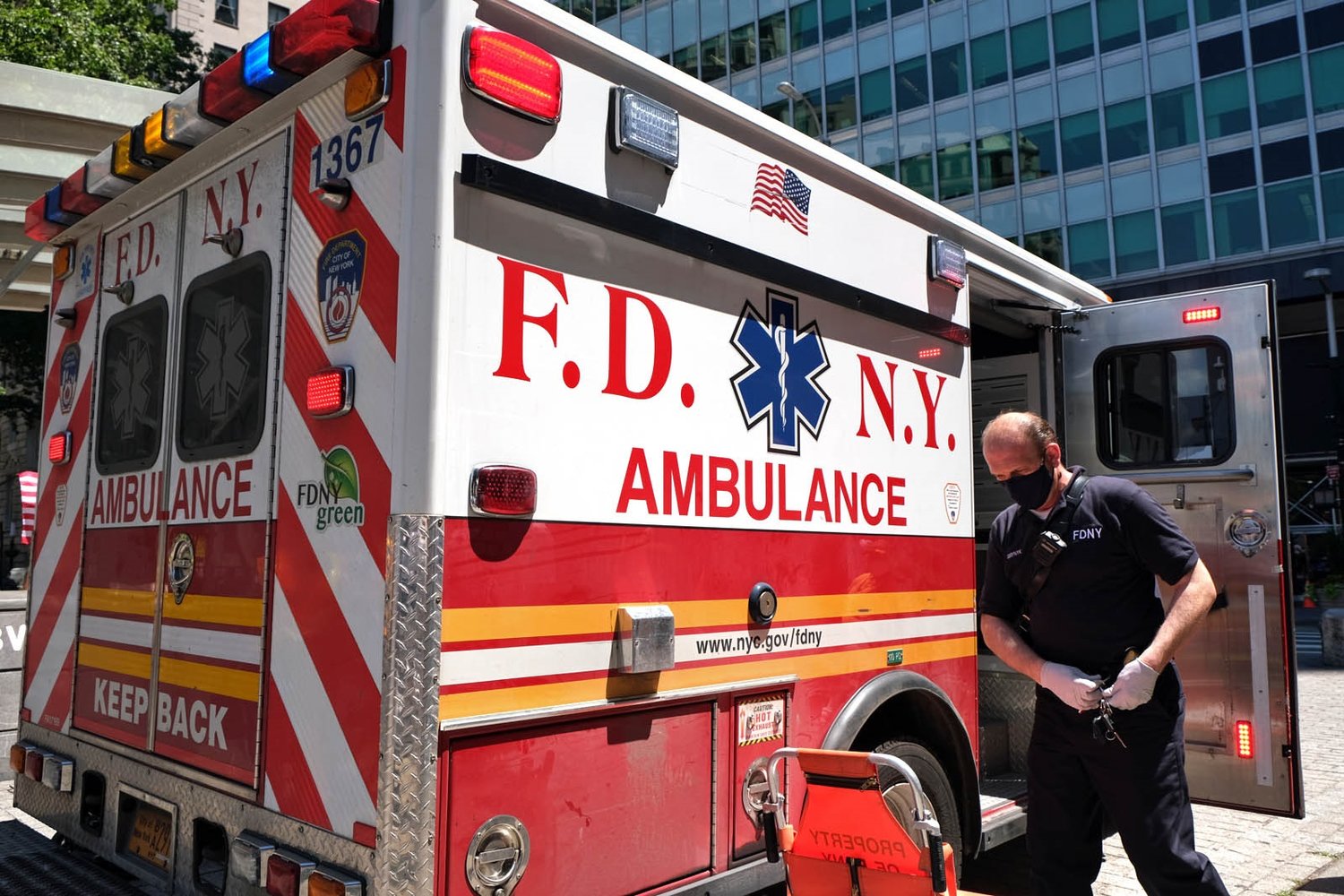 HOLLERING CAN ONLY DO SO MUCH: Emergency Medical Technicians and other Emergency Medical Service workers could finally make serious inroads in the compensation gaps that exist between them and other city uniformed workers if they ratify a 49-month deal reached by their unions and the de Blasio administration. Two key elements in keeping the costs of the package consistent with the city pattern are the agreement to expand EMS work schedules by 131 hours a year and to pay far more union members a 6-percent wage differential for participating in a program under which they will work with mental-health professionals to respond to non-violent mental-health emergencies that until now have been handled initially by police.

[An earlier version of this story noted that, according to the tentative contract's terms, the starting salary of a FDNY EMT would be $16.95. That is the current pay.]

The unions representing Emergency Medical Technicians, Paramedics, Fire Inspectors and Emergency Medical Service officers could receive significant increases in wages and other benefits under a tentative contract deal that would increase their work schedules by 6 percent while expanding the mental-health-response pilot program pairing EMS workers with mental-health professionals in responding to non-violent mental-health calls.

In return for the longer work schedules and an expansion of the pilot program from northern Manhattan to all five boroughs, salaries and various differentials would rise enough to close the compensation gaps between EMS workers and firefighters, the most-glaring of which is a difference of more than $30,000 in maximum salary between senior EMTs and Firefighters.

A key element of the 49-month deal, which must be ratified by members of both EMS Local 2507 of District Council 37 and EMS Officers Local 3621, is the de Blasio administration's agreement to give those involved in the mental-health-crisis program a 6-percent pay differential for that work.

If approved by the rank and file of both EMS locals, EMTs whose top pay is currently $53,437—earned after 5 1/2 years of service, would go to $68,700—with the service needed to reach maximum reduced to five years, with 20-year veterans receiving $74,100.

Paramedics, who have the civil-service title of EMT II, would have maximum pay jump from $65,000 to $86,379—with five years' service in the title also the new qualifying standard, and 20-year vets would receive $91,779.

The first three raises under the pact—2 percent retroactive to June 29, 2018, 2.25 percent retroactive to that same date in 2019, and 3 percent beginning from July 29 last year—are consistent with the terms reached by DC 37 three years ago for the rest of its membership. A final 4-percent raise would be payable  effective Sept. 12, and is funded partly by an extension of the contract by roughly five months beyond that DC 37 agreement.

The  biggest money-saving item from the city's standpoint is the expansion of work schedules for most employees covered by the deal from 1,957 hours to 2,088 hours—which is the standard for cops and firefighters under state law. Their additional availability will constitute a productivity increase because EMS would not have to use overtime or hire more employees to cover shifts—an increasing concern when staff shortages have forced it to reduce the number of ambulances in service.

The gap in pay between EMTs and Firefighters has contributed to high turnover at EMS, with younger workers leaving for better-paying jobs in other jurisdictions or within the uniformed services. What has particularly frustrated both EMS brass and the unions is the high number who take advantage of a special promotion exam that gives them hiring preference for Firefighter, with its significantly higher pay scale and better pension and sick-leave benefits.

Not Parity, But Progress

While not the full parity with Firefighters that the union leaders had been pressing for, they described the pact, which would cover more than 4,500 employees, as a “landmark” deal. They hoped its gains would curb an alarming attrition rate they said had 50 percent of EMTs quitting within three years of being hired and 70 percent moving on to other jobs by their fifth year.

“This is an important day for our first responders in Locals 2507 and 3621 who are getting the big raises they deserve,” DC 37 Executive Director Henry Garrido said. “These members were on the frontlines for COVID-19 helping New Yorkers in need."

“Despite the applause and the accolades, New York City’s medical first responders, our city’s ‘Street Doctors,’ have had to fight and claw for every ounce of recognition, just to be considered by the city an equal to our great police and firefighters,” Local 2507 President Oren Barzilay said.

Vincent Variale, president of Local 3621, said the contract addresses several issues that have worked to the detriment of EMS officers for years.

“While it does not provide parity with the other uniform services, it does provide financial relief for our members, the heroes of New York City,” he said.

Mayor de Blasio thanked by Labor Commissioner Renee Campion and Mr. Garrido for their efforts in producing the deal. Early in the negotiations, he stung EMS workers by saying that the big pay gap with Firefighters—which was largely a product of lower standards for EMTs in the 1960s when they were employed by the city hospital system and were not included in the collective-bargaining salary relationships established then for other uniformed workers—was because the two jobs were "different."

He sought to make amends following the tentative deal, calling EMS workers "heroes who got New York City through the worst crisis in generations and continue to serve our city every day with honor."

He also noted that the new wage differential "will allow us to expand our incredible mental-health pilot, which has already proven to be an effective way to handle non-violent mental health calls.”