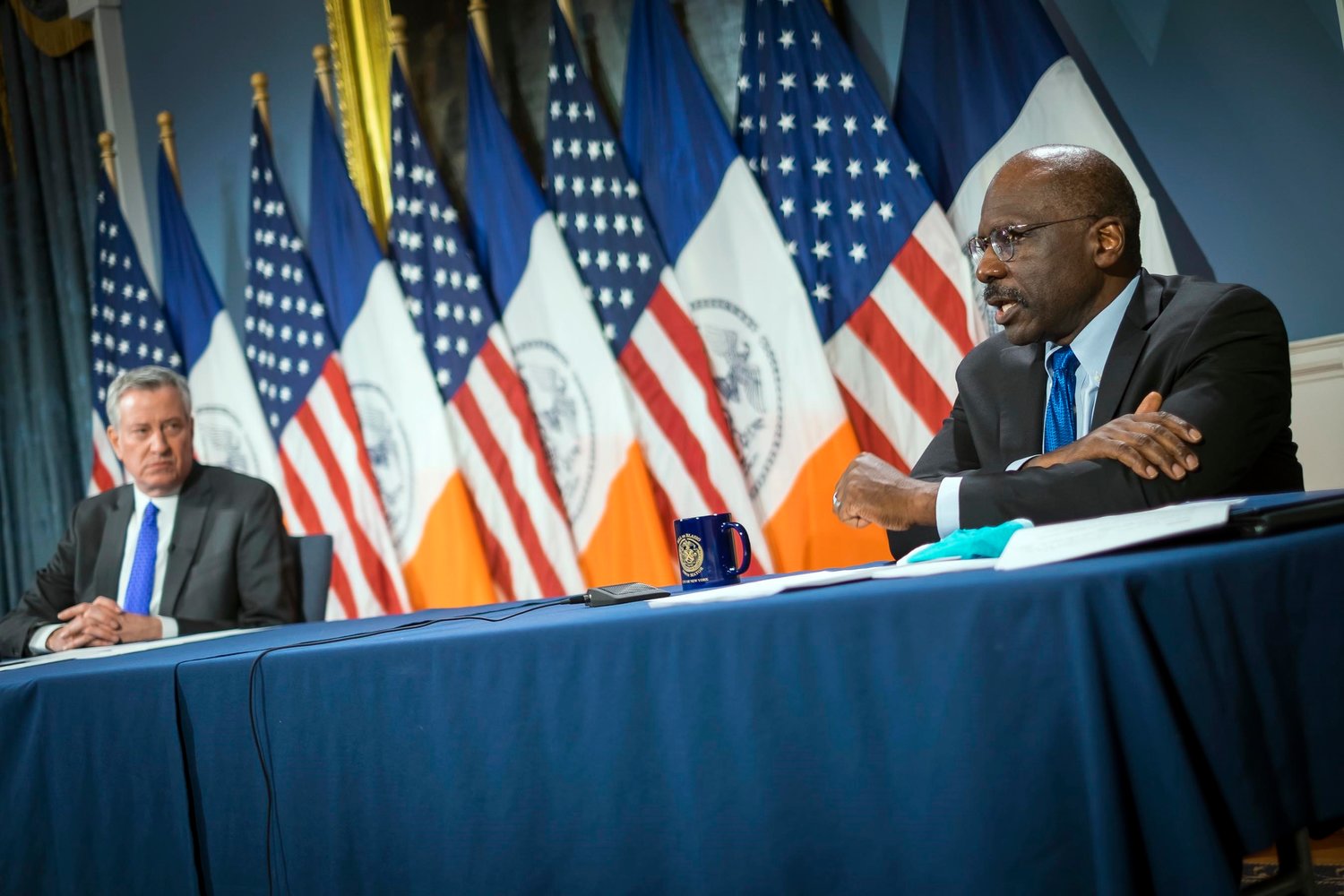 CONSENSUS?: NYPD Commissioner Dermot Shea and the Civilian Complaint Review Board’s Chairman, the Rev. Fred Davie, recently signed a memorandum of understanding by which the head of the police department will explain his decision should he or she depart from the NYPD’s disciplinary matrix when assigning penalties to officers found guilty of misconduct. Mr. Davie, above, discussed the memorandum during Mayor de Blasio’s Feb. 4 briefing.

Showing a respect for the Civilian Complaint Review Board that was often lacking among his predecessors, Police Commissioner Dermot Shea Feb. 4 agreed to explain in writing any disciplinary decision he reaches that are inconsistent with penalties recommended by the board following its investigations of police misconduct in areas like use of force.

The board under the memorandum of understanding will prescribe penalties in cases where it substantiates complaints that are consistent with the guidelines established recently under the Police Department's disciplinary matrix. If Mr. Shea steps outside those guidelines, he will explain in writing the reasons he did so, and those reports will be made available to the public.

Won't Be the Norm?

CCRB Chairman Fred Davie said during an interview that evening on NY1's "Inside City Hall" that he believed such instances would occur only where there were "extraordinary circumstances."

Mr. Shea earlier in the day had noted that more than 90 percent of city cops don't have a single substantiated CCRB complaint in their records. Despite the frequent confrontations between police and demonstrators protesting police abuses here in the wake of the killing of George Floyd last May in Minneapolis, the 3,875 complaints last year were just slightly more than half the number filed in 2006.

The agreement was reached less than two weeks before the City Council was going to begin consideration of a bill that would shift the Police Commissioner's authority as the final word on police discipline to the CCRB in cases involving use of force, abuse of authority, and offensive language. It was not clear whether the agreement was reached to short-circuit that measure, but it would be hard to justify moving forward with it when the CCRB now believes it will have its rulings taken more seriously than they were in the past.

Previous Commissioners often disregarded the board's recommendations. Over one five-year period, Police Commissioner Raymond W. Kelly imposed discipline in just one of eight cases in which the board concluded an officer had violated a departmental prohibition on chokeholds, and the punishment was the loss of just a few vacation days. That came to light after the 2014 death of Eric Garner in which a chokehold used by Officer Daniel Pantaleo was a contributing factor.

Top departmental officials in the past criticized the quality of the board's investigations, and said there were matters it ignored in recommending discipline that Commissioners considered important. This will be the first time that a Commissioner will have to spell out his or her reasoning.

Police Benevolent Association President Patrick J. Lynch, not surprisingly, was unimpressed. Saying that his members wanted "fairness and consistency in the NYPD disciplinary process," he accused Mayor de Blasio of using the new procedure as a "political prop...chasing the news cycle and making it harder for cops to do our job."