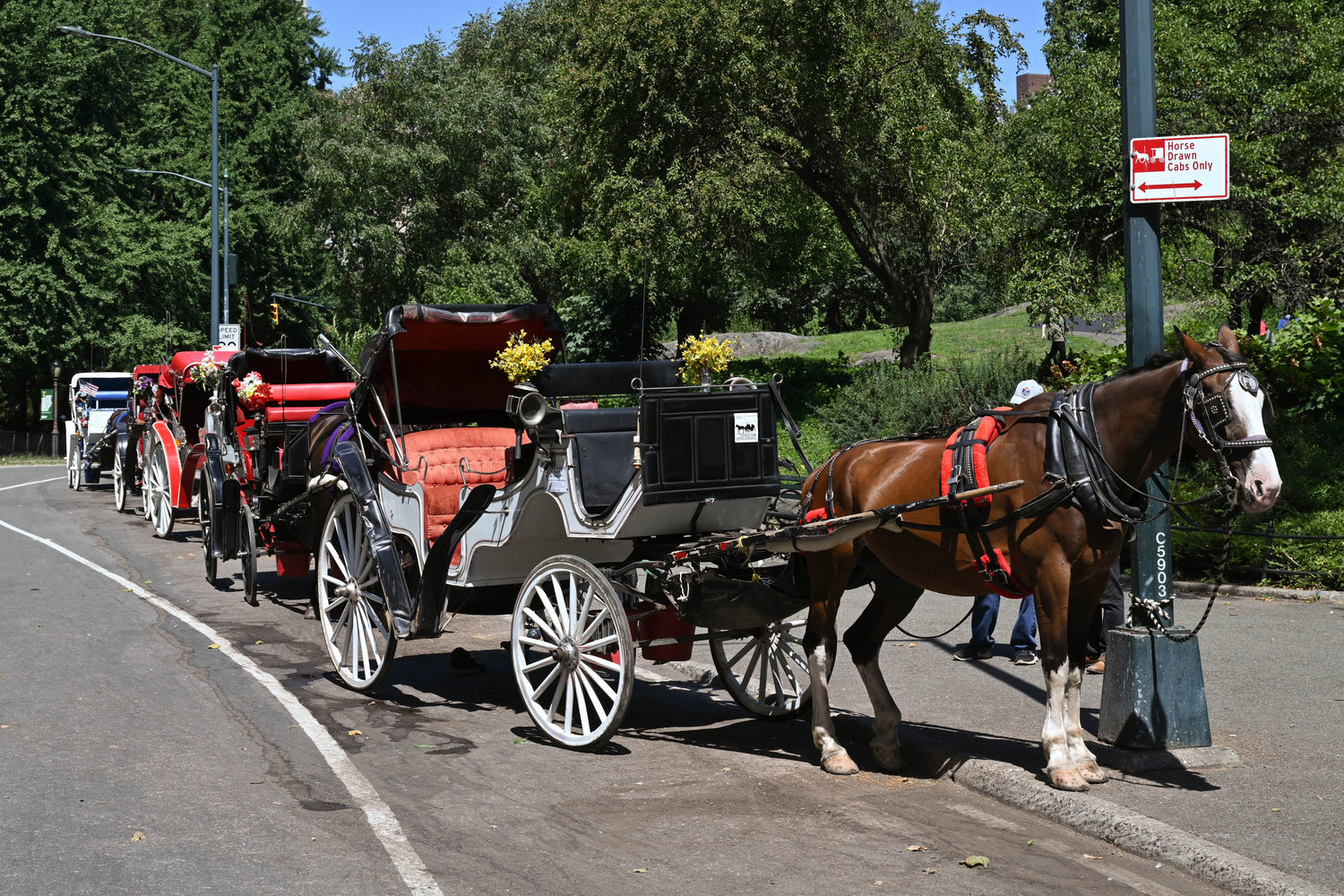 As one who’s been involved with the horse-drawn carriage issue since the 1990s, I was very pleased to see Ron Isaac's commentary "The Neighs Have it" about the current controversy regarding the carriages.

Animal advocates have been unsuccessfully advocating for a ban of horse-drawn carriages for years. But most City Council members don’t want to rock the boat, so the horses continue to suffer.

In 2019, I traveled with Susan Wagner, the president of Equine Advocates, to Guadalajara, Mexico to see their successful electric horseless carriages. Drivers and activists worked together to bring about a new lucrative business, and the horses were placed in forever homes.

Upon returning from Guadalajara, we formed the Committee for Compassionate & Responsible Tourism, hoping to do the same thing in New York City.

We recognized that it was crucial to first work with the union and owners, and although we tried, that did not happen. Then Council Member Robert Holden introduced his bill without consulting the stakeholders or accepting my offer of input. That bill is fraught with problems and is a recipe for failure.

The main issue with the bill is that it does not address the fate of the horses. There is a turnover of 60-70 horses yearly in this business. From 2005 through 2013, I gathered horse registry lists from the city’s Department of Health and Mental Hygiene. My research uncovered that 529 horses disappeared from the DOH registry during that time. Although the industry likes to threaten that the horses will go to slaughter if they stopped using them, it’s in fact the owners who take them there.

An owner will get rid of a horse who is too old, too tired or too nervous. Sometimes the horse will go directly to auction, but most often, they evade notice by bringing the horse to an Amish farm where he might stay a month or more, and then be taken to auction by the farmer and not by the original horse owner. The horse may be purchased by a well-meaning person or by a buyer who has contracts with slaughter facilities in Canada or Mexico.

In 2010, I was notified about a carriage horse who was one day away from being returned to the kill pen at New Holland’s livestock auction. We worked quickly to rescue him, and he ended up at Equine Advocates sanctuary in Chatham, in Columbia County.  Bobby II Freedom, much beloved, lived many enjoyable years there and died this past June just a few days before his 32nd birthday.

The Holden bill requires owners to certify that they will not bring the horse to slaughter, but because of the way the process works, such a certification is meaningless.

Because the horses are privately owned, it would be necessary to have an agreement with the owners to sell their horses, and sanctuaries ready to accept them. It should not be done the way it was in Chicago or Montreal, where the carriage business was stopped with no provisions for the horses. That was never our plan, and we would not support it.

The second problem with the bill is that it requires non-owners to be paid prevailing wages. This is not the way the drivers traditionally work and should have been discussed with the owners.

TWU Local 100 represents both owners — of which there are at least 68 and probably more since the businesses are single proprietorships, partnerships, and LLCs — and non-owners, all of whom may drive the carriages. Their income is what they take in for the cost of a ride. The non-owners give the owner a percentage of their intake.

Isaac talks about a "generous benefit package" — those are nonexistent. In a normal business, the union negotiates with the owners for employee benefits. But neither the owners nor the non-owners are city employees. Not everyone is a union member, and the dues presumably go to the union for their services.

In Guadalajara the drivers all say they are making more money without the horses. Weather is not an issue. Consider that approximately 360 work hours have been lost this year because of weather conditions that prohibited the horses from working. With electric carriages, the drivers would not be encumbered by the weather or the costs of food, veterinary care and boarding expenses for the horses. They would make a better income and the TWU could increase union membership and expand the business.

We continue to suggest a pilot program with input from the union and owners.

The issue of urban carriage horses will not disappear. But the world continues to move away from an ethic that says it’s acceptable to exploit animals for our convenience.

If we approach each other with mutual respect, this can be a win-win for the drivers/owners, animal advocates and horses.

Elizabeth Forel is co-founder of the Committee for Compassionate & Responsible Tourism and the president of the Coalition for NYC Animals, Inc.

Montefiore, do no harm!