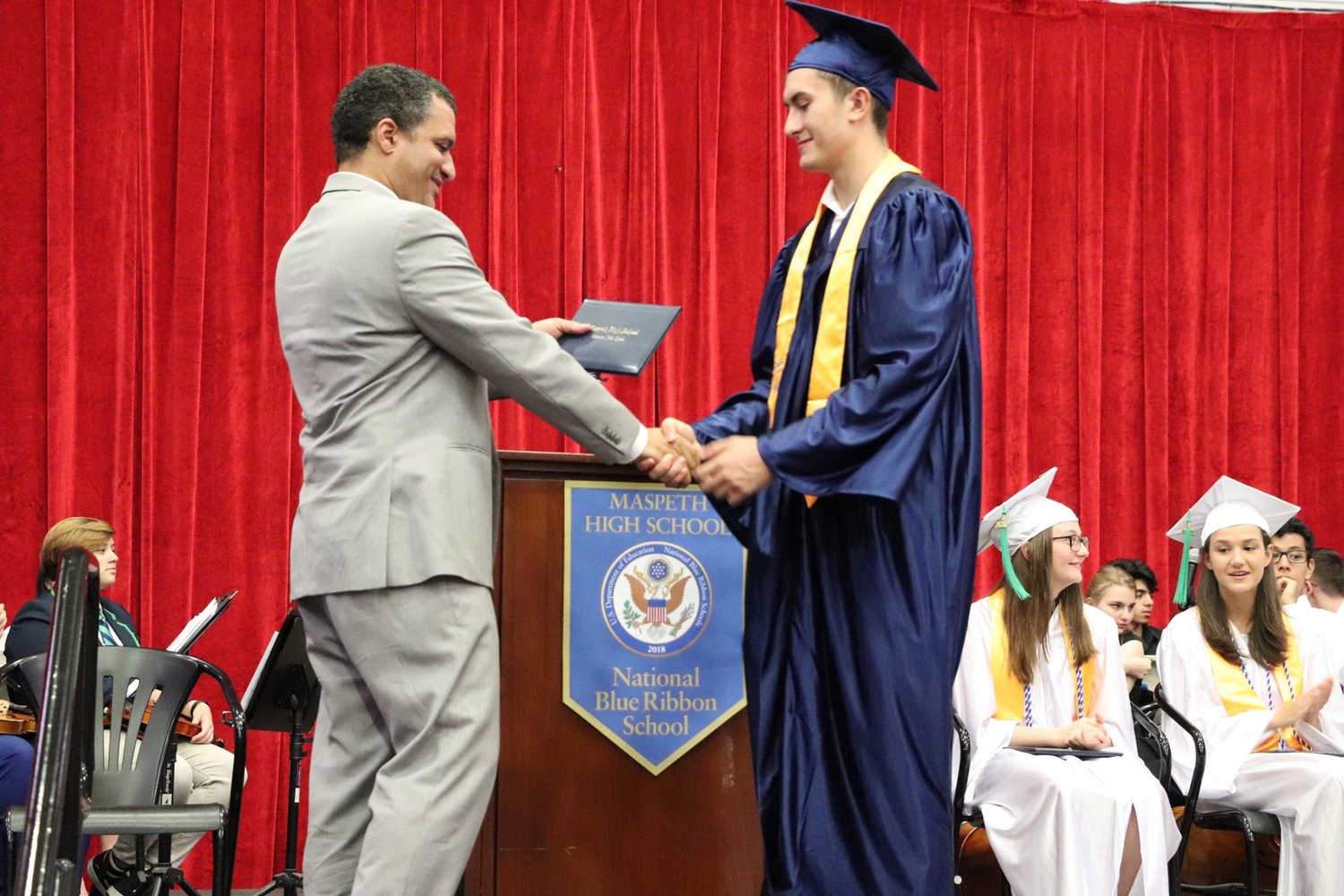 Let sleeping dogs lie. Unless they're rabid and replicating. This applies to rogue school principals too.

The Department of Education has a rock collection. Hiding under each specimen is a disgraced school leader for whom the DOE has a soft spot. They don't like the idea of their being  turned over by inquisitive reporters who have a predilection for unearthing scandals.

The particularly shocking case of Khurshid Abdul-Mutakabbir, the former principal of Maspeth High School, stole the headlines a few months ago. No new developments have emerged, yet its relevance is fresh, even if memory has faded.

It remains pertinent because the DOE remains unchastened. Similar scandals may not abound, but neither are they rare to the point of statistical insignificance.

The evidence is sometimes anecdotal and not necessarily admissible. Sometimes the wrongdoing is limited to a single instance and the violations are a fluke. Or they can be intermittent or symptomatic of the culture of its school administration.

The ex-principal of Maspeth High School had been the subject of an exhaustive investigation by the Special Commissioner of Investigation (SCI), which recommended his termination. The credibility of the multiple allegations against him was inescapable.

That is not unprecedented but was curiously unusual. By sheltering fraudsters, city education officials are giving themselves away. They are inadvertently ratting out their own hypocrisy.

Mr. Abdul-Mutakabbir was a blue-ribbon award-winning principal who boasted a 99 percent graduation rate. What he failed to proudly proclaim was his quixotic means of achieving it. This included altering grades, giving credit to students for acing non-existent courses, bestowing regents diplomas, attempted drafting of staff members into aiding students with critical state exams, and cashing in on questionable overtime.

The SCI inquiry, which would have taken most law-enforcement agencies two weeks, was fast-tracked, so it took a mere two years to complete.

"Our schools must have the highest standard of academic integrity and we are working quickly..." was a spokesperson's pro-forma statement. That template predates the heyday of saber-tooth tigers.

Justice seemed to have caught up with Mr. Abdul-Mutakabbir, but he's still getting the last laugh, which may stop echoing before the end of time but not before the culture of the DOE flat-lines.

He was fined $12,000. That's a pittance compared with what would have been levied against a teacher for a relatively micro-violation.

Although he was dethroned as principal of Maspeth HS, he is being allowed to run out the clock for seven years, raking in full benefits until retirement age. He was put out to pasture with an abundance of clover and the DOE's silent blessing.

If principals are filmed sneaking out of school at midnight with a piano on their back, their employer would give them the benefit of the doubt. If teachers are surveilled with a DOE pencil peeking out of their pocket at close of business, they'd have to lawyer up.

OK, those are hypothetical scenarios. But the Maspeth HS principal ran a massive, multi-faceted scandal for years, and he showed contempt for students, staff and parents as he defecated on the concepts of merit and public trust.

His union fought for him and they were right to do so. Advocacy for its members, right or wrong, must be in the DNA of unions, and they must never surrender or barter it away.

Yet as long as crooked management can  afford to pay the price of exposure, they will persevere and block any chance of system-wide rehabilitation.

The Maspeth Fixer's case is now under the radar and away from the spotlight. There is no evidence or reason to believe that he is illicitly or otherwise double-dipping. But stranger things have happened in the DOE and still do. That's why this story is still fresh.

When managers fail on the job, usually because they embarrassed the DOE in some way, they sometimes get "kicked upstairs" out of view. They may become a "mentor" or pick up some other lucrative gig with a fatuous title.

A Google search of news stories and education blog archives will produce many revelations, some verified and others not, about school leaders in need of improvement. Some are still running roughshod over their fiefdoms.

There are more than 1,500 public schools, each with its own principal and assistant principals. The majority of them are honest, decent and at least mediocre. But the "bad apples" are underreported.

Namita Dwarka, the principal of William Cullen Bryant High School, attained peak notoriety at least half a decade ago, and may have plateaued. Possibly she tidied up her "M.O." somewhat. But she surfaced again last June when the New York Post ran a story detailing allegations that she was pressuring staff to promote truant students who scarcely attended class all year and did little or no work.

Students at a different school, John Dewey High School, dubbed this phenomenon "Easy Pass" (to nowhere?) years ago. It was not invented by Ms. Dwarka.

Schools are prohibited from penalizing students for their unexcused absence.  If they play hooky all year, it mustn't impact their grades or eligibility for graduation. This morbid, warped and inscrutable policy is a form of "child advocacy that enables students to "get over" the system and mocks the principle of quality education.

Back in 2015, the Daily News reported about a Bryant HS staff member who was awarded a settlement from the city after having alleged various improprieties at the school.

Ms. Dwarka has been more resilient to unflattering accusations than are Sequoia trees to the aging process. On activist blogs there were once more threads on the subject of her leadership style than there were threads in Queen Victoria's coronation dress.

I haven't vetted the claimants or the legitimacy of the facts as presented, but they sound  overwhelmingly credible, despite former Chancellor Richard Carranza having extravagantly praised Ms. Dwarka two years ago, regardless of her emphatic unpopularity, and even though there were massive turnovers of staff, especially veterans and educators who received poor performance ratings as retaliation for their independent-mindedness.

In an interview at a church, Ms. Dwarka can be seen on YouTube waxing self-congratulatory on the theme "Yes, I Can!" All the posted comments that follow clearly suggest that there is a sinister component to the "can do" she had, at least subconsciously, in mind.

The enablement and shielding of dysfunctional, mean-spirited and corrupt school leaders is damaging to staff morale, instructional effectiveness and public confidence. It is a more invasive and embedded problem than the case histories of the above minor players.

To stop the bleed from our public schools, with their legacies of excellence,  more earnest standards of accountability for management must be developed and enforced, not simply mouthed.

Lifeguards, doctors of accounts receivable and the Black Death