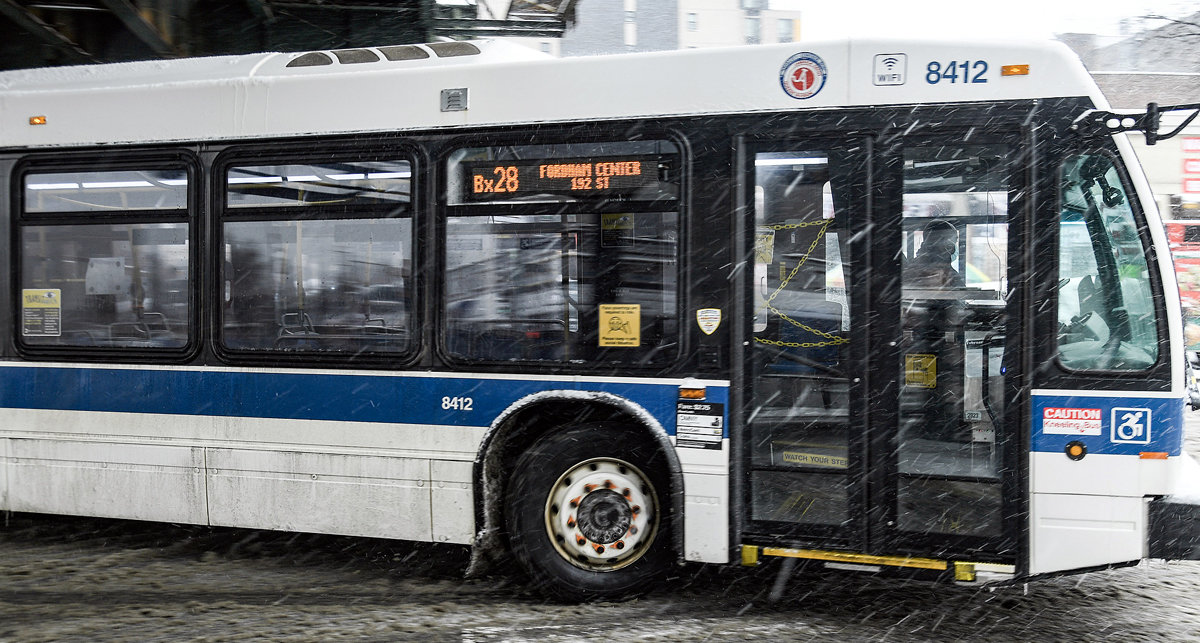 AN MTA SNOW JOB?: While a Metropolitan Transportation Authority spokesman said that it has maintained the same level of bus service this year except in the wake of four different snowstorms in February, a Transport Workers Union Local 100 Vice President asserted that particularly in Brooklyn, fewer runs are being made on many routes because of a shortage of Bus Operators.

A top Transport Workers Union Local 100 official has charged that the Metropolitan Transportation Authority, flush with billions in Federal relief funding, has been canceling bus runs rather than hiring more Bus Operators or paying overtime to current ones to cover the routes.

"We lost a lot of senior guys who pre-pandemic would have stayed around but retired," said J.P. Patafio, a union vice president representing Brooklyn Bus Operators. "They should have prepared for this. They got to hire 100 to 200 just to cover Brooklyn, and as many as 500 citywide."

He said the slide in coverage became noticeable when the MTA discontinued "hundreds of runs," so that "just as bus ridership is increasing, the quality of service is declining."

Mr. Patafio warned that the "degrading" of service increased the chances that riders feeling stress from long waits or slower trips due to overcrowded buses might take out their frustrations on the drivers.

"It's not the bureaucrats from 2 Broadway that are out there taking complaints from the public, and it's not the public's fault," he said. "We know that a pressured ridership being worried about getting to work on time can sometimes act out and assault the Bus Operator."

MTA spokesman Tim Minton countered that "throughout this pandemic we have run as much service as possible with the resources we have.

"When Bus Operators are not available as scheduled, managers ensure adequate service coverage based upon scarce resources and responsible use of taxpayer funds and overtime," he stated in an email. "This has always been the case, both before and during the pandemic. We continue to run full service for approximately 50% of pre-pandemic ridership."

He added that with the exception of February, "when four separate snowstorms impacted bus performance, service delivery has generally continued to exceed 95%."

The Daily News, which reported the Bus Operator shortage April 14, said reduction in runs could result in riders "waiting twice as long for their bus" including Raymond Simmons, 73, who recently waited 30 minutes for a B20 bus in East New York.

"I've lived in East New York for 17 years and this is the worst service I've seen," Mr. Simmons, who needs an oxygen machine and a walker, told the newspaper. "I've got to get to doctor appointments all the time. Now I leave 45 minutes earlier than I used to just to make sure I'm on time."

"What we need here is for TWU Local 100 to flag these developments sooner," said Bus Operator Roberto Martinez, who is challenging Mr. Patafio in the upcoming TWU Local 100 elections. "My experience as a Bus Operator is that ridership is slowly coming back, and it's hard to project where it might be in a week or in a month, but we need to be proactive, not reactive."