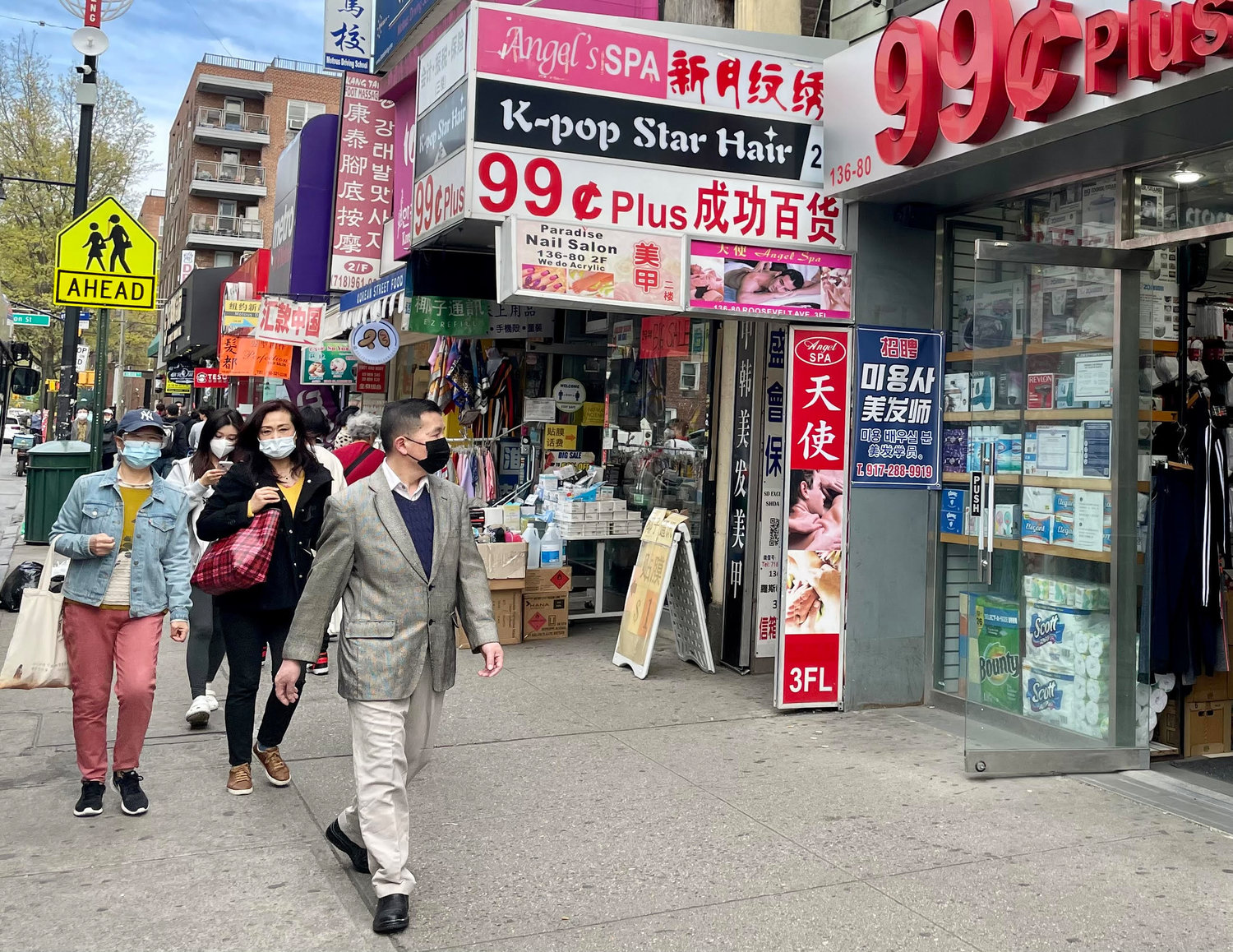 State legislation introduced last year would remove criminal penalties for those who practice unlicensed massage. The bill would also prevent law enforcement from seizing the property of massage workers, many of whom are employed at legitimate spas and massage parlors along Flushing’s Roosevelt Avenue.
Richard Khavkine/The Chief 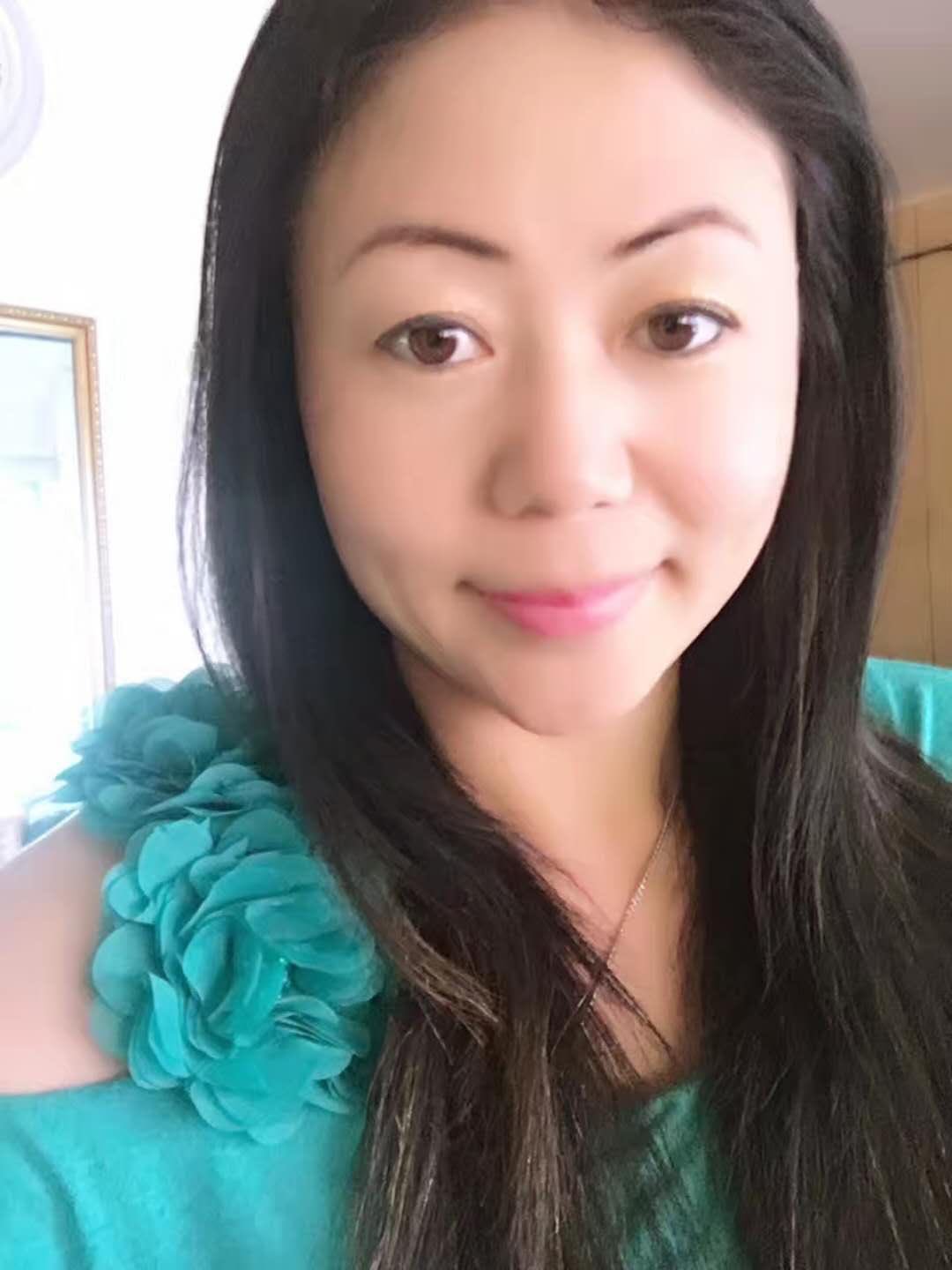 Yang Song either fell or jumped to her death from a fourth-floor balcony in November 2017 during a police raid of the Flushing spa where she worked. 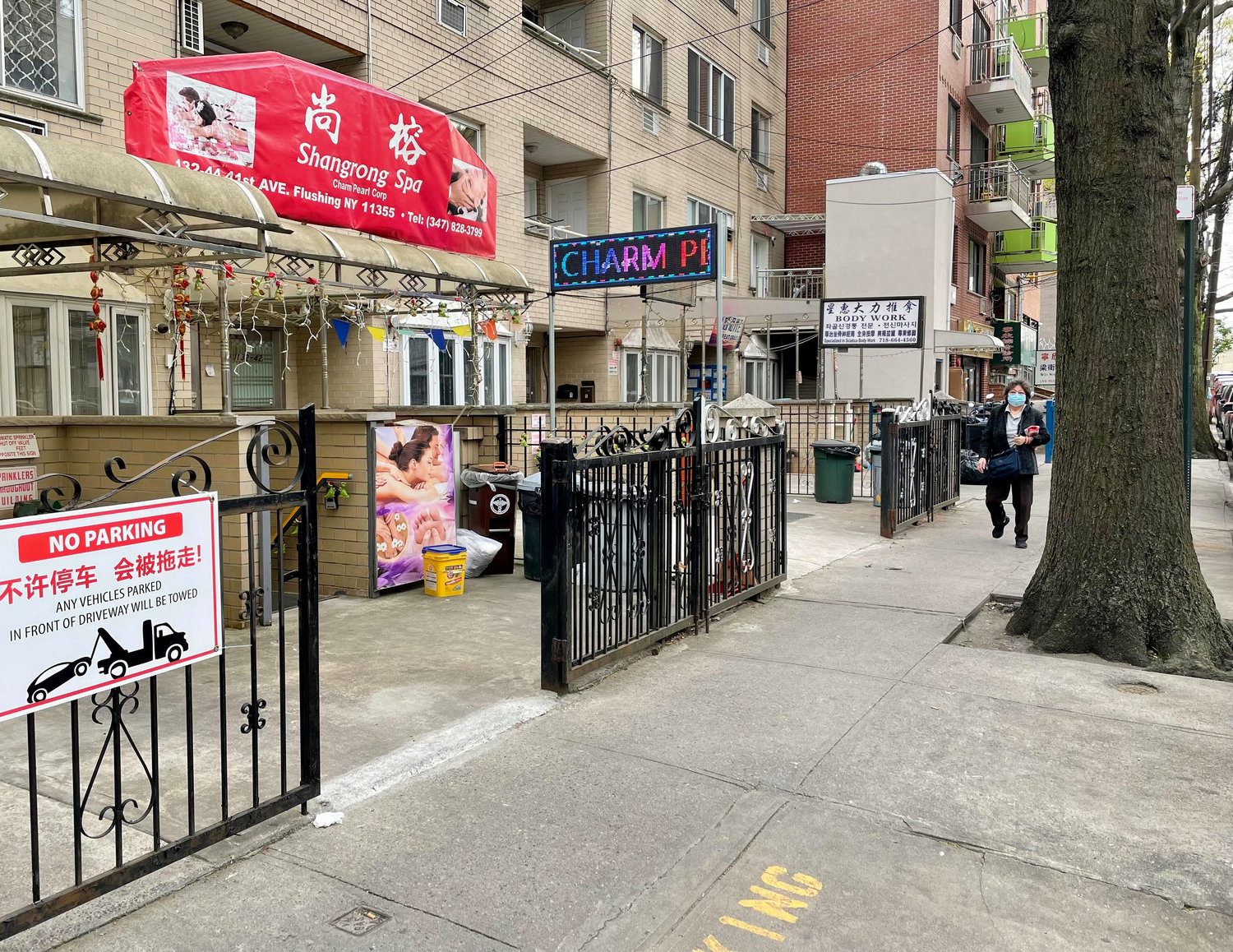 Workers at spas and massage parlors off of Flushing’s main thoroughfares, many of them legitimate, have been unjustly targeted by the NYPD under the guise of trying to stop human trafficking, advocates say. While some of the workers do engage in some sex labor, often it is because they have become indebted to the criminal-justice system, their backers say.
Richard Khavkine/The Chief
Previous Next
Posted Tuesday, May 3, 2022 7:35 pm
BY INCI SAYKI

Their narrow staircases are tucked between the lowrises along Flushing's crowded, bustling streets. The entrances to the multitude of spas and massage parlors would be easy to miss.

But stickers on the concrete walls point the way, and decorative floor banners, often in a signature pink, are another draw. Their ubiquity would suggest there’s no shortage of clientele.

The displays, though, have also served as target boards for the NYPD’s Vice Squad.

It was from the fourth floor of a lowrise on 40th Road, one of the neighborhood’s lean thoroughfares, that Yang Song, a 38-year-old massage worker who had previously been arrested on prostitution charges, either fell or jumped to her death in November 2017 during a police raid of the spa where she plied her trade. The raid was not an isolated event, but just one of many in a pattern of plainclothes stings and mass arrests that have been haunting massage parlors and Asian immigrant workers, many of them sex workers, for decades.

“I know two elder workers who jumped from the second-floor window during police raids,” said an anonymous massage worker in a testimony to Red Canary Song, a New York-based grassroots collective of Asian and migrant sex and massage workers that started organizing in 2018.

A recent report co-authored by the Red Canary Song argued that Asian massage businesses and workers have become systematically and disproportionately targeted by law enforcement across North America under the guise of combatting human trafficking.

“These targeted attacks are inextricably linked to the misplaced advocacy of the anti-trafficking movement, which often claims it is saving Asian massage workers, when it is, in actuality, subjecting them to varied forms of state and stated-sanctioned-if-privatized violence,” said the report, co-authored by other advocacy groups and Brown University’s Center for the Study of Slavery and Justice.

Accounts by massage workers reveal more about the reality of what it means to be an immigrant worker in the U.S. than about sex trafficking, however, even if it is by citing the latter that law enforcement approaches prosecutions.

“The lives of massage workers are not very different than the lives of most low-wage migrant workers coming from East Asia,” said Elena Shih, a professor and a researcher of human trafficking at Brown's Center for the Study of Slavery and Justice. “There is a certain sensationalism around massage work as particularly lurid, but I think what it is, is that massage workers often come to massage work after trying work in numerous other service and care industries,” she said, adding that despite the singling out of their profession, massage workers suffer political exclusion due to their migration status, race, and are subject to different forms of economic injustice, as are many low-income migrant workers.

Last month, in commemorating the one-year anniversary of the Atlanta spa shooting that killed eight people, six of them Asian women, Red Canary Song launched a campaign at the Flushing Worker’s Center in collaboration with legal aid organizations, researchers, civil rights groups and workers to urge state legislators to pass the Massage License Decriminalization Act. Introduced by Assembly Member Jessica González-Rojas in September, the bill would remove criminal penalties for those who practice unlicensed massage, as well as prevent law enforcement from seizing the property of massage workers, including cash.

The proposed bill has gained traction from fellow state legislators. Senator Jessica Ramos has sponsored the bill in the state senate, and Queens Assembly Members Ron Kim and Zohran Mamdani are among the nine co-sponsors.

Massage work can be criminalized in New York in any number of ways. In recent years, prosecution has leaned on aspects of education law, including a provision that makes it a misdemeanor or Class E felony for anyone to practice massage work without requisite licensing. Out of the 36 licensed professions in New York, though, massage work is that which is most routinely policed and then prosecuted criminally, which, advocates argue, reveals a systemic weaponization of the licensure statutes.

“We know immigrant communities have been surveilled and targeted by the NYPD. And this is just an extension of that,” González-Rojas said. “The one thing I do want to make very clear is that this bill does not eliminate the licensure requirements or licenses. It just doesn't have criminal penalties attached to unlicensed massage work.”

According to a 2017 report by the Urban Institute, Asian women, mostly of Korean and Chinese descent, made up over 90 percent of all arrests for unlicensed massage, a majority of whom were non-citizen migrants. The number of arrests under the state’s education law of Asian workers climbed from 31 in 2012 to 631 in 2016. Between 2016 and 2020, 94 percent of all of those arrested in New York for unauthorized practice of a profession for any job requiring licensing were Asian, and almost exclusively women, according to the New York Division of Criminal Justice Services, Buzzfeed News reported.

Most prostitution-related offenses have occured under education law even if there is no evidence of prostitution, said Esther Kao, a lead organizer with Red Canary Song. Following the Atlanta killings, the Manhattan district attorney’s office annouced  that it would no longer prosecute unlicensed massage or prostitution.

But the statutes that criminalize prostitution and unlicensed massage in New York remain intact. While not all massage workers are sex workers, some are, or will provide some type of sexualized labor, and the proposed bill wants to make sure all workers and their properties are protected, González-Rojas said.

Obtaining a massage license is nearly impossible for these workers, said Kao, given its English language and education requirements. Application fees can also be financially burdensome for low-income workers. And even if the practitioners do pass license tests, citizenship or residency barriers also exist. Pressures to attain licensure has also led many workers to be defrauded by scam massage agencies which capitalize on the regulations.

“All these licensure arrests do is make a landscape in which people are already really struggling economically, even more difficult to make a living,” said Shih, the Brown University professor.

Massage workers can be charged for working while being undocumented, working without proper licensure or prostitution. The charges can result in hefty bail terms, jail time of up to four years and even deportation. Often, New York State’s Human Trafficking Intervention Courts incentivize individuals to self-identify as trafficking survivors, and funnel them into trafficking programs. But during their outreach work, Red Song Canary found that the majority of these women were not in fact trafficked, but were working on a consensual basis.

Officials policing sex trafficking often look for immigration status, a lack of English language skills, and living or storing food at place of work. But according to Shih, these conditions can also be simultaneous indicators of migration, with living in a place of work being a general sign of poverty. “There's so much pressure on workers to often fit these neat scripts of how laws imagine them to be. Listen to workers, listen to what it is they’re saying they need,” she said. Shih contends that licensure arrests are not only an infringement of civil liberties since workers are being racially targeted, but also demonstrate a policing of poverty.

The massage workers’ fear of the police on any number of pretexts or charges—prostitution, lack of documentation or licensure, among others—is almost always greater than their fear of being robbed or assaulted by clients or being mistreated by managers, putting already vulnerable workers at an even higher risk and positions of compromise, since they will avoid seeking police protection, said Kao, the Red Canary Song organizer.

According to Kao, the real trafficking culprit is the criminal-justice system that pushes these women further into the margins, since in actuality, a criminal record, accrued debt during to the criminal justice system, closures of their workplaces, or cumbersome bail demands, all of which consume their cash savings, end up incentivizing them to engage at least in part in some kind of sexualized labor just to get back on their feet.

"[Criminal] records for unlicensed massage can make it nearly impossible to ever get a masseuse license,” Kao said, “making someone more likely to practice unlicensed massage if that's their source of income, and this continues to perpetuate a cycle of poverty.”